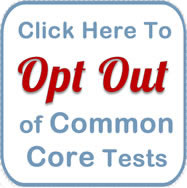 Under Common Core’s Computer Adaptive Testing (CAT), you will never know what indoctrination your children are being exposed to and neither will your children’s teachers. This video explains exactly why you MUST opt your child out of all computer adaptive tests or start homeschooling.

Hypothetically, what if you’re a teacher who holds a view that those above you don’t like? Maybe you’ve stirred the pot one too many times. What if someone has the power to dial up the difficulty on your students’ exam and make you look bad? What if you’re a student who answers a little too conservatively? Will you have something tied into your record that identifies you as a potential troublemaker in the future?

Superintendent Menlove has said in a House Education Committee meeting that all students may opt out of these tests. Go to this link, click HB 81’s audio under the player, and forward to the 29 minute mark and start listening.

In Utah, we have the SAGE assessments, administered by AIR. AIR does not specialize in academic testing. They are a behavioral testing company. If you are new to this issue, here are a few past articles to bring you up to speed.

Do you think we’re safe just because we live in “family friendly” Utah? Think again. Here’s a letter I got from a parent just a few days ago.

I am passing this on to you because I believe you can reach more people than I can.  This morning my son was to take his 8th Grade writing assessment.  Knowing that this would most likely be an assignment where he was asked to write about his opinion on something, I went down to the school and talked to the English teacher.  She told me that in the past, the topics had been things like whether or not students should be allowed to wear hats at school or what their opinion was on school uniforms.  Another asked an opinion about using paper or plastic shopping bags. However, she was not allowed to see the actual prompt before or after the assessment in past years or this year.  She was nice, but unconcerned.  After visiting a while, she was willing to let me be in the room and look over my son’s shoulder as the prompt appeared after log in.  One look and I let her know that my son would not be participating in the assessment.  She was polite and said that was fine.  While not revealing the actual topic of the assessment, I will share that it very clearly asked for an opinion regarding the role of parents vs. the role of government and other organizations on a topic that I would say should most definitely fall under the parental realm.  Heads up to parents of all 8th graders in the state of Utah!

(PhD in Instructional Psychology & Technology with emphasis in Educational Assessment)”

When I inquired further, this parent indicated this was a state-wide 8th grade writing assessment. It was the only question on this assessment. Her son informed her that another boy in his class didn’t participate for the same reason. He stepped out and called his mom to tell her what the prompt was and she told him not to participate.

I pressed this parent further to know the specific question and she responded:

“Should access to media be limited by parents, by the government, or by another organization?”

This is an opinion question given to 13-14 year olds. Most of them aren’t going to know of other organizations that they could write about as a viable option on a writing assignment, so the real choices for this writing assessment are parents or government putting restrictions on their media. This is Utah, and I’d like to believe that most children would write that it’s better for parents to put the restrictions on them, but there’s probably a lot of young teens who resent the restrictions parents put on them and probably a good number are going to write and speculate about how the government should be in charge of such matters. In reality, the only role the government has is ensuring the first amendment is protected.

I recommend you immediately opt your children out of all CAT’s using our opt-out form. Talk with your child about inappropriate questions that may minimize the role of parents. Look up your school district to see if it is opt-out friendly. So far only Nebo school district has displayed animosity toward families in rejecting the opt-out form. Alpine even went so far as to publish their own simple opt-out form for parents to use. A few charter schools have indicated they will also force children to take the test because the school is graded based on this test and charters live and die by enrollments. We need the state to change the way they grade schools so it does not include CAT’s. Look at our opt-0ut form though and you’ll realize you have a fundamental liberty interest in the education of your children so you hold the upper hand. Opt-out.

Last fall, the state allowed 15 parents to review 10,000 test questions. In one week. Hundreds of questions were flagged for concerns. The vast majority of those concerns were ignored. Parents really have no clue what their children are going to see on these tests. Only 15 people caught a very fast glimpse of them and none of them were trained psychologists looking for behavioral indicators.

I strongly encourage you to opt your child out of CAT’s. If you are in a school that requires them, expose your child to someone with a cold a few days prior to the tests. :)

Here is a chart and explanation by one of the 15 parent reviewers.

Listed below is the numeric representation of the process:

I believe that if you opt out, unless your school has a policy otherwise, it shouldn’t matter whether your kid is there or not on the day of the test.

The short answer is that ‘yes’, your student will be counted in the school and teacher grades as non-proficient.  However, this is set by the State Board, and they have said if it affects the school and teacher grades because too many parents opt out, they would change it.  It was news to me that it would be on the child’s permanent record, but I confirmed this evening that they are putting it in the computer system in ASD as such, again because of the State Board’s grading system.  So, this is new (since my kids have no record of having tested the last two years and they were opted out, formally, both years).  It goes to a bullying mentality from the State Board: parents have the right to opt out, but we’ll make it very, very difficult for them.  (They can’t legally penalize the student for the parents’ choice, but they can make it seem very, very bad.)

If the parents and teachers were to push back, the State Board would change their policy.  (They have already said they would, they just need more incentive from the people to do it prior to the tests.)  It is unfair to punish the teachers for kids who don’t take the test.  Please write to all the state board members and ask them to change their grading system.  If enough people do this (and it might only take a hundred or so), and copy in the legislators, it will get changed.  They are hoping to get enough parents to be scared that they won’t do it.  After they have this system in place for a year or two, then they will change it to where the student’s grade is dependent on the test, as well.

I’m so sorry, and I completely understand that pressure.  I am doing this with my kids because the whole thing enforces what the State Board wants at the expense of local schools and local parents.  The only way to change it is for parents to reassert their natural rights.  I wish teachers would push back, as well.  It is most unfair to them.  It wouldn’t take much for a large group of teachers and/or the UEA to stand for fairness in grading.  There is no point to counting an opted out student as non-proficient other than to induce teachers to guilt parents into having their kids tested.

Let me know if I can help with anything.