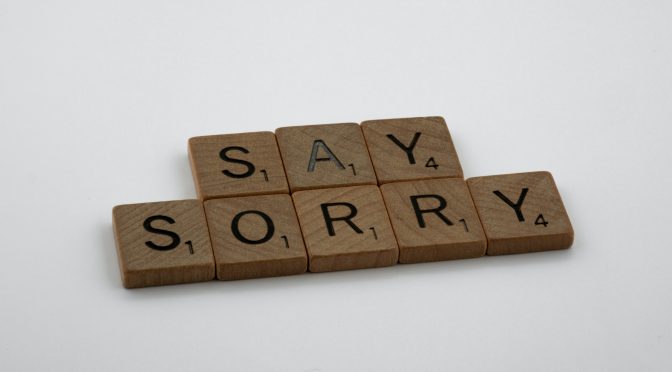 This past week I attended the state school board meeting to support Natalie Cline and those who would speak on her behalf over the treatment she is receiving from some fellow board members and outside groups, who hate that she has the crazy belief that parents have fundamental rights over their children and a right to know what schools are teaching them.

After the public comment time, I went outside to visit with other people that had come and were holding up signs in support of Natalie. As things slowed down and people started leaving, a lady approached me and saw my classic vintage green t-shirt that reads “No More Common Core.”

She said, “I’ve worked with 5 governors in Utah, and Utah isn’t using Common Core. We have our own standards.”

I had to chuckle. She had no idea who she was talking to. I asked if she knew my name and she didn’t. I told her I ran this website and proceeded to explain that I served on the state elementary math review committee (for one meeting). We were supposed to discuss options for Utah math and I was excited to share why we should transition to California’s excellent “Green Dot” standards from 1999-2000. Instead, the state office of education representatives wouldn’t let us discuss any options to take Utah off Common Core. All they would allow in the meeting was to examine each standard and decide if the standard belonged in that grade level or should be shifted to a grade above or below. I tried to bring up the CA standards and was completely shut down by Diana Suddreth who would tolerate no discussion of moving Utah off Common Core. That’s when I saw how pointless the process was and never returned to waste my time.

This lady then immediately excused herself saying she had to go do something. I saw her a couple more times that morning as she went in and out of the building to speak with others in the crowd. Thankfully, she was wearing a name tag and I looked her up. She was president of the Utah PTA 20 years ago.

If anyone tells you Utah is not on Common Core, they are either ignorant of the facts, a liar, or a Lenin-ite useful idiot. I hope she was just ignorant.

Dr. Martell Menlove, past state superintendent acknowledged this fact in past correspondence you can read in this post: https://www.utahnsagainstcommoncore.com/letter-to-dr-menlove-please-verify-utah-core-common-core/

In it he wrote in reply to an email I sent him (emphasis mine):

The Utah State Board of Education adopted the Common Core State Standards as Utah Core Standards in Math and English/Language Arts. I do not believe I have said anything contrary to this. If I have, I apologize.

Thanks for seeking this clarification.

As noted previously, I continue to be willing to meet with you at your convenience to hear your concerns.

From the article I just linked to, you can see a comment from Randall Lund. He went through all the standards and saw that word for word, they were the same. The only real difference is Utah added back cursive handwriting to our standards because it’s insane to remove that from education. Not only is cursive critical to brain development, but we live in Utah, genealogy capital of the world, where records are written in cursive. It took parents 8 months of effort to get the state to put those into the standards.

But, this morning just for fun, I pulled up the Utah Core standards and the national Common Core standards. I randomly picked 5th grade math to compare one section.

Here is the strand for 5th grade operations and algebraic thinking for Common Core. 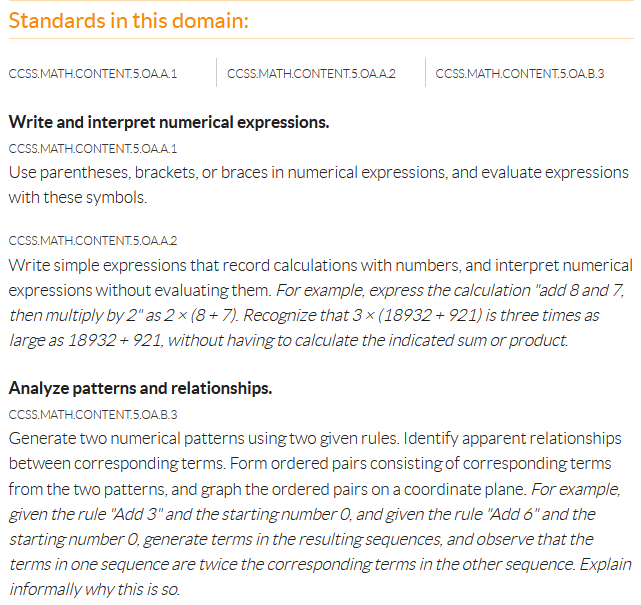 Below are the Utah core standards for this same 5th grade strand. You will see the first standard is identical except Utah has taken the bold step to remove an extra “A” from the Common Core nomenclature and simply label this a “Standard” instead of “CCSS Math Content.”

The second standard, Utah has gone to the extreme by splitting up “CCSS Math Content 5.OA.A.2” into parts “a” and “b”, but retaining the same language and examples of what a teacher is to do. 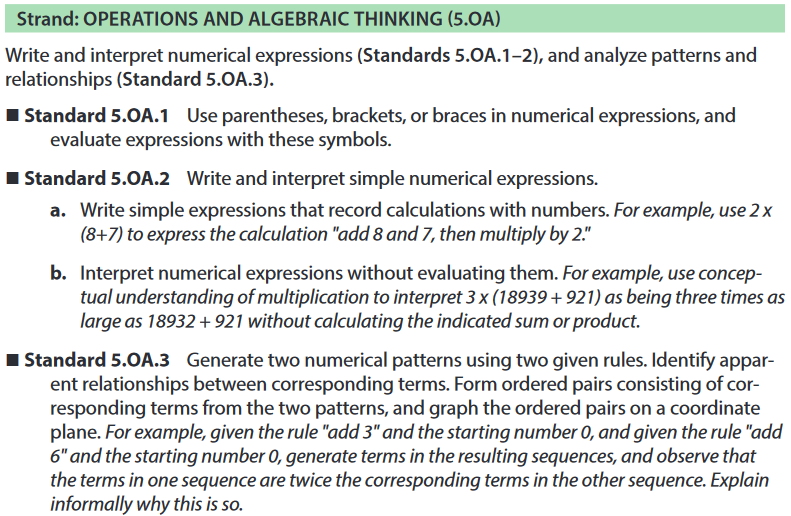 Yes, Utah is still on Common Core. We have never veered from the direction our overlords have desired for the children of this state and nation.