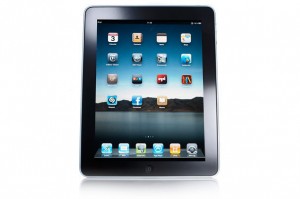 I received this email yesterday from Dr. Jonathan Caldwell regarding something happening at Minersville School in the Beaver County School District. Similar events are occurring around the country with various prizes or treats.

“It was brought to my attention that the children at my son’s school who take the SAGE test are being included in a drawing for an ipad, while those who have opted out, are not being included. I spoke to the principal and it was confirmed. The purpose was originally to try and motivate the kids to do well on the test. They had decided to do this months ago before the thought of ever having parents opt-out and now are scrambling to figure out how to handle this. I am confident that other schools may be doing the same. In fact I saw the article about the kids in New York getting ice cream for taking the test and those not taking it did not get to participate. I am all for incentives and ways to motivate kids to care, however I am deeply disturbed by this level of discrimination and separation. I disagree with punishing the kids for a decision that the parents made just as much as I am against punishing the school or teachers for the same decision that the parents made to opt out. I am disappointed in parents who refuse to educate themselves because they are more concerned with how this will reflect upon the school or the teachers. I DO think my sons school is great. It is consistently one of the top schools in the state. The administrators and teachers are amazing. It is unfortunate that this situation puts them in a position to where their hands are tied behind their back, required to teach a certain way or have their jobs on the line. Teachers become teachers out of a passion and desire to inspire kids but this is truly taking the “Teaching to Inspire” out of school teaching and making them “Teach to Test”. Just thought I’d bring this to your attention. Dr. Caldwell”

“You may also be interested in this: Last week I asked my son if he was the only one in his class opting out and he said, ‘No’.  I asked him how he knew there were others and he said, ‘Because all of the kids not taking the SAGE test are sitting on the back row.’ Wow!!! Just another way to isolate, single out and draw attention to these students. I think they are trying to do some damage control as one of the other parents approached the principal about it today and was told that they are ‘pulling the other kids out of the drawing whom they have “Caught” not trying on the test’. (wow, that even sounds worse doesn’t it?)”