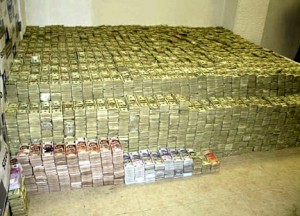 We already knew that the Gates Foundation was the driving force behind Common Core, funding the NGA and CCSSO to come together and develop them, but in this spreadsheet provided by the Pioneer Institute, they’ve been able to track publicly available grant information on the Gates Foundation website that shows they have put over $100 million into the development, approval, and promotion of Common Core standards. Check out the spreadsheet for yourself.

You have to wonder why even someone as wealthy as Gates would put so much money into the Common Core standards.