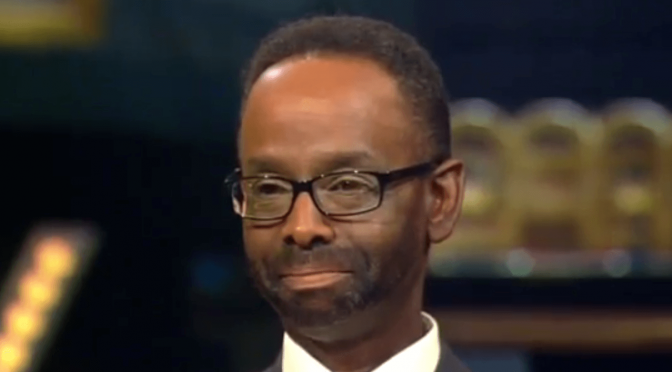 At a recent legislative interim meeting, Jo Ellen Schaeffer from the USOE stated to legislators that SAGE testing was validated by UCLA. This was quite the revelation since for years we’ve been stating that SAGE was an invalid test, and the testing that was done in Florida on Utah’s test proved it (Link1, Link 2).

With this news that UCLA had apparently done a validation study, Jakell Sullivan reached out to Dr. Gary Thompson to get his take on things since legislators were being told with authority, that SAGE was a valid test. Dr. Thompson’s quick response points out numerous problems with the USOE’s statements. With permission I post his letter here.

I have read the Utah State Board of Education’s memo in response to Representative Lowery Snow’s inquiry, on your behalf, about his concerns regarding the validity of the Utah SAGE test.  Here is a partial summary statement from the Board’s response informing Representative Snow, that the SAGE is indeed a valid test:

“The validity of Utah’s Student Assessments of Growth and Excellence (SAGE) has been confirmed through a number of independent sources. The most recent studies include: (1) The National Center for Research on Evaluation, Standards, and Student Testing, UCLA (CRESST), (2) Education Next, (3) Achieve.org, (4) Independent Verification of the Psychometric Validity for the Florida Standards Assessment. Each study substantiates both the high rigor of Utah’s standards and the validity and reliability of the assessments that measures those standards.”

As cited evidence of SAGE validity, the Board references “Education Next”, and “Achieve”. org”. Per the Board’s own memo, this cited evidence discusses  “high standards and state proficiency levels” when compared to the NAEP test.   This is not related to specific inquires regarding the validity of the Utah SAGE test.  As such, a response from me will not be forth coming.

I also will not respond to the Board’s reference to the State of Florida’s Validity study.   Several months ago, the Board used this same document to substantiate Utah’s SAGE test validity.   I sent a written response to the Board, and the general public, factually rebutting this dangerously irresponsible, and inaccurate claim.

As you and thousands of Utah parents are aware, I am still waiting for a response.   The letter sent to Board Vice Chairman, Dave Thomas, in response to his spurious claims, was referenced and published by Utahan’s Against Common Core’s, Chrystal Swasey. Here is the link: https://www.utahnsagainstcommoncore.com/sage-validity-part-2-dr-thompson-responds/

Thus, the only item left to rebut from the Utah State Board of Education memo, is its unexplainable reliance on a yet to be published AIR-SAGE validity study, produced by the federally funded, quasi governmental, UCLA campus-based research group, CRESST.

I am going to keep this short and sweet:

Here are five (5) questions that you, Representative Snow, the media, and voters in Utah may wish to ask Board of Education Chairman Dave Crandall during his “debate” appearance this Wednesday, June 22 at Summit Academy:

1. Why did the State Board rely on the research group “CRESST” as the primary source of proof of SAGE validity, without letting parents and lawmakers know that CRESST is “funded by the U.S. Department of Education’s Office of Educational Research and Improvement (OERI)”?  (https://en.wikipedia.org/wiki/National_Center_for_Research_on_Evaluation,_Standards,_and_Student_Testing)

2.  Utah paid $40,000,000 to AIR, Inc. (American Institute of Research) to design the SAGE test.  Were you aware that the research group CRESST, which produced the “validity study”, is supported financially by, and lists AIR as “Partners” on its own website? (http://cresst.org/partners/)   Does the Board leadership consider this to be an “independent”, and unbiased relationship?

3.  Since 2012, were the Board and the State Office of Education aware that the current Director of CRESST, Li Cai, received multiple millions of dollars of personal research grants from the Bill & Melinda Gates Foundation, U.S. Department of Education, and (you can’t make this stuff up) Utah’s SAGE test designer, AIR? (http://cresst.org/wp-content/uploads/LiAbridge.pdf )  How can a Director of a research organization produce an objective and unbiased validity study on the very group that has given him substantial amounts of money for independent research?

4. Why did the State Board of Education fail to inform parents that their children were taking a yet to be validated test for the past three years?  Is not such omission a complete and blatant violation of trust?

5. Are you aware that Board placed hundreds’ of thousands of Utah children at risk of harm, and exploitation, at the hands of a behavioral research corporation (AIR), by allowing them to experiment on children without the informed, written consent of their parents?  Are you aware that this unethical practice is also against Utah law? (https://le.utah.gov/xcode/Title53A/Chapter13/53A-13-S302.html) “Activities prohibited without prior written consent”

When the Utah State Board of Education and State Office of Education produce an independent validity study, I would be delighted to devote professional time to review it at your request.   In the meantime, the current memo submitted to Representative Snow in support of SAGE “validity” is clearly a deliberate attempt to deceive an esteemed member of the Utah Interim Education Committee, and only serves to highlight the unethical, unconstitutional, incestuous relationship between the State of Utah, and the U.S. Federal Government.

Both the Utah State Board of Education and the Utah State Office of Education have a long, well documented history of providing lawmakers and parents in Utah with responses to inquiries laced with “lies of omission.”   This deceptive practice places public school children in Utah at high risk for continued psychometric experimentation, and profit motivated exploitation via the hands of SAGE test designer, AIR, Inc.   I have no desire to debate current Board Chairman Dave Crandall in a public setting, until this serious matter of continued experimentation and exploitation of our children is answered in a clear, ethical, fact based manner.

In summary, given the clear and present danger this poses to 650,000 vulnerable Utah children, it is my professional opinion that you consider asking Representative Snow to seek an independent inquiry regarding this matter via Utah Attorney General Sean Reyes.  It is my strong, evidence based, professional opinion that Utah’s education leaders at the Board of Education and State Office of Education, are more committed to adhering to the educational political “flavors of the day”, as opposed to providing Utah’s children with objective, science based solutions to serious education problems in our State.

Please let me know if I can be of more assistance to you in the future.  Feel free to distribute this response to the general public as you deem to be appropriate under the circumstances.

District 10 Candidate For Utah State Board of Education