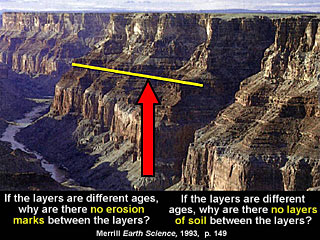 Last month I had occasion to chat with a youth in my town who recently graduated from high school. The youth commented to me what a waste of time high school had been (graduated from Lone Peak for the curious) and I asked him to explain what he meant. I was surprised at his response and asked him to email me and elaborate on why he felt like it was a waste of time. He desires to remain anonymous but gave permission for me to post his email to me. Here it is.

About my experience with the American School system:

The thing about the school system that most bothered me in retrospective means was that in the first grade I wrote my 4’s exactly the way that the computer shows them with most standard font’s. I was forced to write 4’s with the box at the top instead of the triangle. This bothers me, I was forced to uphold a societal standard or I had assignments marked incorrectly. This is a horrible practice. That was my first true experience with societal standards. My next experience that made me dislike the school system was that throughout all my science classes through elementary evolution was explained and explained again and shoved into your skull. Evolution should not be AT ALL the focus in classes in elementary. The fact that evolution was a huge focus throughout elementary leads to a couple simple assumptions about the thought process of the designers of this system:

1: A child must understand the theory and end result of scientific discovery.

2: The child understanding how we reached these conclusions is secondary.

3: Children are not smart enough to think for themselves so these conclusions must be supported as indisputable facts.

These assumptions were created from these facts about my experience with elementary:

1: Every lesson about evolution never asked us to look at data and reach our own conclusions.

2: Every lesson about evolution in which we had to reach a conclusion ended up strengthening the belief in evolution as a whole.

3: Dinosaurs existed 500 – 100 million years ago throughout 4 or 5 distinct eras, there was no other idea or theory presented to the child with evidence and then asked to reach a conclusion.

4: Lessons involving geology often talked about the “layers” in the earths crust, no other possible explanation of how these layers came to be was presented except for the cookie cutter one (It took millions of years).

Why was the fact that rushing water speeds up the process of petrification, the fact that rushing water can separate sediments into layers and other information that could potentially lead to a different conclusion about the earth explained at all? (IE: A worldwide flood created the layers and caused the petrification of many of the living at the time plants and animals is one such conclusion, this is supported with another piece of evidence: There are petrified trees that exist between layers in the crust, something that would be almost impossible with the cookie cutter millions of years theory, and this one actually makes sense following my religious beliefs.)

My formulated reasoning is simple:
If you want a child to believe something, never tell them the alternative.

(Pictures of rock layers for fun) 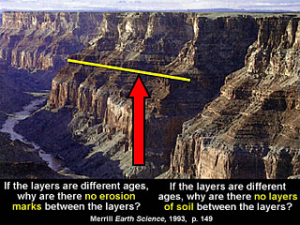 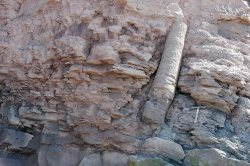 IE: The school system is set up to be manipulative, to teach children what the state and the federal government believe is supposed to be upheld, and does not leave room for the child to practice critical thinking and for children to learn how we reached the conclusions we did and other potential conclusions that could be gained from the same evidence.

Why was I never taught about the first 5 presidents of the United States? I know the name of George Washington and that he won us a war but I know nothing of James Madison, Thomas Jefferson, or any of the other key players. Why was I taught about Paul Revere but never anything about the other guy (Whose name I forget) who went triple as far in the same night? Why was I taught more about the history of the blacks in America then how the federal government became the way it is? Why is there a higher precedence placed on racial issues than the creation of the most powerful country on earth? Why did I learn nothing of the war of 1812, why did I not learn about Lincoln’s reasoning to turn the Civil wars focus on upholding the union to freeing the slaves? Why was I not taught every single right in the bill of rights and taught why they were put in there, and what they mean?  And why was I not taught reasons why those should be protected? Why was I taught about racial issues and evolution as a focus instead of the history of my country?

Here I am going to try to list the first ten amendments in order without using Google to see if I know them:

1: This is the freedom of speech, religion, press, petition

2: Right to bear arms (Citizens to have guns), Right to have a state militia (To protect from government)

3: Right to not be forced to quarter soldiers (Protect from government)

5: Right to be allowed to not speak if faced with criminal/civil charges. (IE: Pleading the fifth)

That’s all I can think of, this is a sign that the system as built does not care about citizens understanding how the government works and why the amendments were set up the way they were. Also I learned more about the amendments in my law enforcement class then my actual government class.

I might write more later and iterate more on my experiences in High School, but think about this: All of the information I now believe, my personal beliefs about government and the school system. I learned NONE of it in school, none. So imagine how many people who didn’t learn what I did who are essentially mentally enslaved to the beliefs set out for them, this is a problem and not one I take lightly and not one any parent who actually cares about their children should take lightly, most of my knowledge about the revolutionary war comes from my Dad talking to us about actual history and why Washington made the decisions he did and how the environment itself played a huge role in them winning if one of many different factors were different on many different battles the British would have won. My favorite quote is by I believe a British general: “As soon as we are about to destroy the rebels the weather sets in, or we lose them…” (This quote is remembered extremely incorrectly but simply serves to iterate my point, we were not taught any information that could lead to any conclusions contrary to what the state wants, if stuff like that quote was taught the idea that the founding fathers had divine guidance and protection would be one that a child could think of and figure out, but that idea is not wanted so they don’t teach it.)

(This is a combining of many different quotes, but I like it so here you go.)

There can never be a master who obeyed his slaves.
And the master cannot have a slave who understands what a slave is.
For once the slave understands what he is he wonders:
Why are you the master, and why am I a slave.
And thus we see that the only thing stopping a slave from being the master is one simple thing.
Knowledge. And once a slave has knowledge. He will never be content with being a slave.
But a slave who has no knowledge or does not seek knowledge, he cannot be anything more than a slave.

This student just provided the quotes he was referencing above:

“Knowledge makes a man unfit to be a slave.”
“Once you learn to read, you will be forever free.”
“It is easier to build strong men, than to repair broken ones.”

“I cannot live without books.”
“If a nation expects to be ignorant and free, in a state of civilization, it expects what never was and never will be.”

“If the freedom of speech is taken away then dumb and silent we may be led, like sheep to the slaughter.”

“Knowledge will forever govern ignorance; and a people who mean to be their own governors must arm themselves with the power which knowledge gives”

38 thoughts on “Graduate Writes about High School Waste of Time”