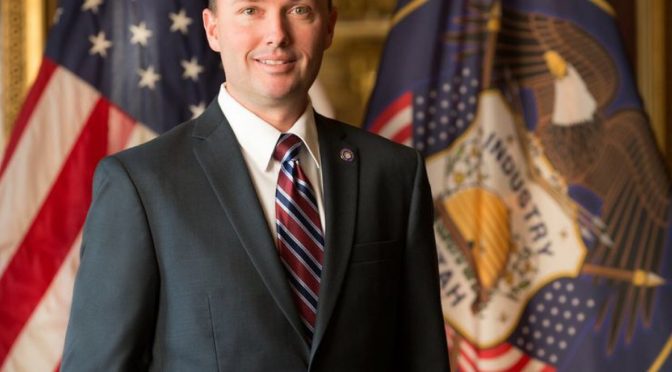 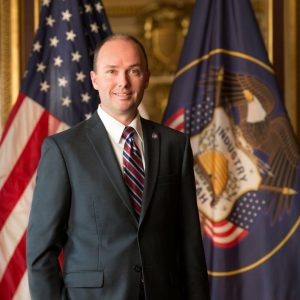 Recently given to me by someone who shall remain anonymous, the below emails by Utah Lt. Governor Spencer Cox, while not completely accurate on all points, shows that he recognized problems and tried to get the Governor on board with changing Common Core two years ago. Then he shared his old email again this year during the heat of the campaign. I think the Governor even used some lines from this speech when he spoke to the State Board this summer asking them to replace Common Core and help his campaign which was getting hammered over his strong support for Common Core.

Utah Speaker of the House Greg Hughes recently endorsed Dr. Gary Thompson stating “Dr. Gary Thompson is a conservative champion who will support common sense policies for students and protect local control. He is a man of integrity who will be a welcome addition to a new and improved state board of education.”

The Utah Technology council recently put out this slate of candidates they recommend voting for (but don’t directly “endorse”). I agree with all of them but district 13 which I have changed to the school teacher running for office that the UEA didn’t endorse (showing they do NOT represent teachers, they represent their own agenda). He’s opposed to federal intrusion and Common Core. Check out his website below.

It looks to me like there is some strong support for these candidates!!!

I don’t mean for this to be an “I told you [him] so,” and it’s probably too late to do anything now. However, I found this email from 2 years ago that I wrote as a proposed statement for the Governor to solve the Common Core dilemma. I’m guessing anything we do now will just look too politically motivated. But if we happen to get reelected, we might consider actually doing something about the growing frustration.

Let me state at the outset, that I firmly believe in the importance of high academic standards in all subject areas for Utah students. We have a proud history of academic standards in Utah that pre-date the common core. Over the past year, I have listened intently to the growing chorus of concern with regards to the adoption of Common Core standards. While there is clearly a great deal of misinformation being disseminated on both sides of this issue, there are legitimate concerns that I share with those opposed to the Common Core. As I have listened, and researched, it has become clear to me that, although well-intentioned, the conflict, discord and divisiveness associated with these standards is doing more harm than good. Unfortunately, we have lost the focus on what matters most–our students and making sure our teachers have the resources and tools necessary to provide a world-class education. As such, today I announce that I am withdrawing my support for Common Core.

In doing so, I wish to reiterate the three main principals that should guide our actions in Utah when it comes to academic standards for our public schools. These principals are:
1) maintaining high academic standards in all subject areas for all our students
2) keeping the federal government out of education decisions in Utah
3) preserving local control of curriculum, materials and instructional practices

Next, just as important as the actual educational standards is the PROCESS at which we arrive at those standards. This should be a Utah process and this should be a transparent process. During the last session, the Legislature passed HB342, sponsored by Rep. Layton, which I signed into law. This bill requires the establishment of a standards review committee made up of 7 subject experts including teachers, higher ed faculty, business representatives, along with 10 parents of students currently in public schools. While I believe this is the right concept, today I am proposing legislation to expand of this committee to include….[….] The legislation would further provide direction for this independent to allow for public comment and discourse. If you have a problem with a specific standard, your voice will be heard.

This committee will begin a review of all academic standards, beginning with our math standards, and will make recommendations for improvement in the standards.  Some standards might be removed, some standards might be made more rigorous, and many standards might not be changed at all. I will ask this team to assure that we have rigorous academic standards which will prepare Utah students for entrance into our universities, applied technology colleges, or other specialized training programs without the need for remediation. I will also ask them to report on how the standards are preparing advanced students for placement in accelerated programs in and out of the state. I am inviting parents, teachers, and other members of the general public to submit alternative standards or written suggestions for improvement on the current math and English language arts standards to this team of experts, who will evaluate all suggestions.

Furthermore, the proposed legislation will give the committee the ability to make recommendations regarding implementation of new standards. One of the biggest faults with Common Core has been the unfortunately rushed sometimes shaky implementation in many districts. Too often the problems with implementation have resulted from a lack of available curriculum and a lack of necessary training for our teachers. Because of a significant reduction in professional development days for teachers, it is more difficult than ever for our teachers to understand, prepare for and implement the new standards. I promise to work with the legislature next year to push for an increase in funding for professional development days. We must listen to the concerns and complaints of teachers and administrators who truly understand the needs and difficulties of these critical changes in their classrooms.

I also want to reiterate that, in Utah we take the issue of local control a step further, by requiring that locally-elected school boards and charter schools choose the curriculum, materials, and instructional methods to be used in their schools. As the Governor I will continue to support this local control and will work to shore up state resources for curriculum development at the local level. The State Board of Education is drafting a rule that would require all charter schools and school boards to establish a process for local review and response to curriculum, increasing transparency in this process. This will provide yet another process to ensure that we keep education local.

Two years ago I worked with Sen Margaret Dayton on SB287, which requires Utah to “exit any agreement, contract, memorandum of understanding, or consortium that cedes control of Utah’s core curriculum to any other entity for any reason.” We are currently in complete compliance with this state law, and under my watch we will continue to keep the federal government out of education decisions in Utah. I understand that the State Board of Education is re-evaluating their waiver from the federal No Child Left Behind mandate to confirm that it is also in compliance with this law and look forward to their report. I call upon our congressional delegation to fix and reauthorize No Child Left Behind so that Utah and isn’t forced into the position of having to request a waiver.

In addition to concerns about Common Core, I have also listened to complaints regarding testing in our schools. It is important to note that the new SAGE adaptive testing is NOT tied directly to the Common Core. This testing was first recommended […..] This is a distinctly Utah test, developed in Utah and reviewed in Utah by Utah educators, administrators and parents. I also support the idea of using technology, and computer adaptation, to better assess the knowledge of our students. However, while I believe in the importance of testing and accountability, I share three distinct concerns with testing.

First, the amount of testing. There is rising concern that we have gone from not enough testing to too much testing. Although there is disagreement among experts on this issue, I worry that we might be spending too much of our time testing, and that testing is weighted too heavily in when it comes to evaluating our students and teachers. As such, I will also propose that our independent standards committee also be empowered to evaluate the amount and significance of testing.

Second, I am deeply concerned about the secrecy surrounding this new testing. While I do NOT believe that there are any conspiracies or hidden agendas in the SAGE testing, openness will always be best way to engender trust. If we truly have nothing to hide, then we should stop hiding. While I do not support the wide-release of off all test-questions prior to a test (for obvious reasons), I absolutely believe that students, parents and teachers should have the opportunity to review the questions missed by the student. I call on the State Board to make whatever policy changes are necessary to allow for the release of this information.

Third, I worry about the type of data being collected, the purposes and uses of that data and, critically, the security of that data. While I understand and support the importance of collecting data to improve our education system generally and to respond to the individual education needs of our students, we must be extremely careful in the way we use and store this data. To this end, I have asked Dr. Eric Denna to lead a review of student data collection and protection practices in Utah and issue a report on how we are protecting student privacy and whether or not additional measures need to be taken. Dr. Denna is the director of information technology information services at the University of Utah and previous managed very large information services, such as the worldwide information systems for the LDS church as well as several other large corporations.

Let me conclude by stating that I understand education is a very passionate issue–and it should be. The future of our state and nation depends in a very real way on the education of our children. More than ever, we are competing in a global marketplace and must raise the level of education. We should not be afraid of high standards or hard tests. We can and should expect more of our students, more of our teachers, more of our parents, more of our legislature and more of our governor. I know these changes will not silence all of the critics, but I do hope that we can now take these divisive issues off the table and move forward, together, on the things that really matter.