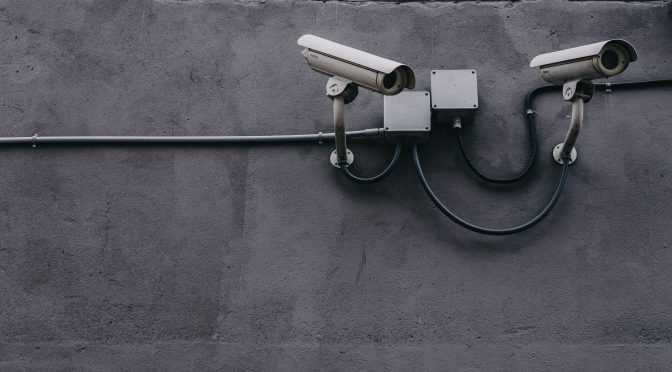 In the 1980’s and 1990’s I was a political hit man for the Republican Party. I went to state, regional, and many national level training programs to learn campaign management, fund raising, opposition research, psychology, marketing, and social demographic profiling.

I spent several days in cap stone training in and around the Reagan White House. While there we were shown the events of concern and interest to the US intelligence agencies. Then we went to a room that had multiple TV’s, like a sports bar, and we watched the early, and late news from multiple sources.

We were asked if any of the events of interest had been reported on TV? No. Then we were shown how each of the major ‘news stories’ that were aired were paid for, provided, and often fabricated by special interest groups – every single story. Even those stories that don’t directly benefit the paying party are purchased in order to detract or just keep the wheels greased for a future needed favor. That was 1988 and I can only imagine where we are today.

With that info I could craft pro and con messages that were highly persuasive to each voter, winning 60%+ of the voters in highly Democrat districts – an impossible feat w/o the data I was trained to gather, interpret, and use.

I was so fascinated with the psychology they taught me, that I eventually developed a successful stage hypnosis show to entertain audiences and increase my skill sets.

Today Google, Youtube, Facebook, and others can ID and target thousands of social demographic profile points on each of us. With their massive data and free communications reach for each voter, they can push, conceal, and change messages to impact state and national votes. Research and internal memos suggest, this election, they can and will readily sway 13% of the national presidential vote away from Donald Trump and other “deplorable” Republicans. They will use their monopoly status to rig the elections, and launch themselves into unprecedented positions of power. Imagine being able to get any national official to vote for anything you put in front of them – or else.

Trump knows all this. He also knows that the Dems were not satisfied with education, media, and social media on their side, they felt they had to use the IRS, NSA and FBI as well. By the grace of God Trump won. He has been taking down the IRS, FBI and NSA mechanism that was weaponized against us. His next step has got to be to neutralize social media.

Before the 2020 elections Google, FB, and Youtube are likely to be treated by AG Barr as criminal anti-trust monopolies. Timing is the only question for me. Soon would allow the voters to settle back down and forget but might allow the opposition camps to reorganize, or closer to the election which will impact the voters but keep the opposition from getting back on their feet. I will predict a crack down on social media for anti-trust violations around July of 2020.

PS. I am no longer a hit man for the GOP. When I moved to AZ I contacted party leadership, presented my credentials, and was not welcome. McCain had the party locked up and did not want any outside talent. I was glad to be in a conservative state, get some rest, and raise my boys. Now I am no longer able to physically keep pace with a congressional, senate, or governors campaign.

What does this have to do with the education system? Everything. Our children have no privacy. A handful of data points on them tell officials everything they need to know about what kind of home they come from.

How is this data gathered? All kinds of avenues that we’ve been pointing out for nearly a decade now. Here’s the latest. Last week, Canyon’s school district sent out this letter to comply with parental notification of student screening for behavior.

“Students in need of additional support…might be ‘at-risk’…for behavior and/or social-emotional challenges.”

This is an opt-out item, not opt-in. Parents, please feel free to opt your children out. No behavioral testing should ever be done on students on an opt-out basis. SAGE tests are behavioral and every parent should opt their children out of those as well. The less governmental tracking of citizens, the better. https://www.utahnsagainstcommoncore.com/action-list/opt-out-forms/

Second, because of the SLDS (Statewide Longitudinal Database System), there is far too much information being stored on our children and being shared between agencies opens up all kinds of problems. It’s an invasion of privacy for our children, and families. A few data points tells a lot about our homes and if you don’t know how much data is being recorded or asked for, check out this post exposing the 187 *PAGE* list of data the government wants to collect on Kindergarten to first graders. https://www.utahnsagainstcommoncore.com/what-data-is-collected-from-kindergarteners-without-parental-consent/.

Third, storing this information is not safe. A recent news story told of a teenage computer whiz who found a vulnerability in a popular software product used by many schools (https://www.wired.com/story/teen-hacker-school-software-blackboard-follett). The company didn’t take him seriously, so he used their software with the exploit he found to send out a group message to all parents on the system. That got the attention of the school, and the company. :) He was then suspended, but the company finally woke up and paid attention to the exploit. Our children’s behavioral information being stored on school systems will not be secure. Hack after hack proves this.

We live in dangerous times and everyone wants their slice of data to do analysis (translated as: “can I make the statistics say what I want them to say”; political campaign marketing; mass manipulation; etc…). The state of Utah doesn’t event protect adult privacy (https://www.utahstandardnews.com/73785-2). With the proposed red flag laws popping up over recent shooting events identifying people that someone deems might not ought to have access to guns, it’s a very small step to go further down the totalitarian road and use databases of information on the next type of people that government wants to restrict freedom on. As long as it’s done piecemeal, the people unaffected by the next step are less likely to protest. Freedoms will evaporate little by little. We already have Orwell’s ministry of truth run by Google, Facebook, and Twitter. Speech is being restricted and it’s going to be harder to access alternative views.

With the new school year starting, you should seriously homeschool or at least enroll your children at schools that offer alternatives to Common Core and the database scheming. Until public schools stop the madness, you are doing the right thing. You may feel trapped, but I promise you aren’t. Homeschooling isn’t as hard as it seems and a child who misses a year of school, hasn’t missed out on much.

One of my own children petitioned us to homeschool her during one of her middle schools years. Aside from a math textbook, she studied things she chose to study. An outsider from the department of education would have scoffed at her studies that year, but she had time to explore and determine what she had an interest in. It was almost like a sabbatical year. Then she started experimenting with various options available to her and did a blend of things. By the time she was ready for college, she had NO high school diploma, but she had transcripts from a few institutions as well as a list of things she did homeschooling. She wound up with a 4 year, 75% tuition scholarship to college. You don’t need that piece of paper from a high school.

In fact, college is becoming less important as well. If you want more information, plan on attending the 2019 Agency-Based Education conference (10/26 in Bountiful, UT) where you’ll hear Connor Boyack talk about his new book “Skip College” and I’ll be sharing more information about my daughter’s story and what options are available to you.

3 thoughts on “The power of a profile”