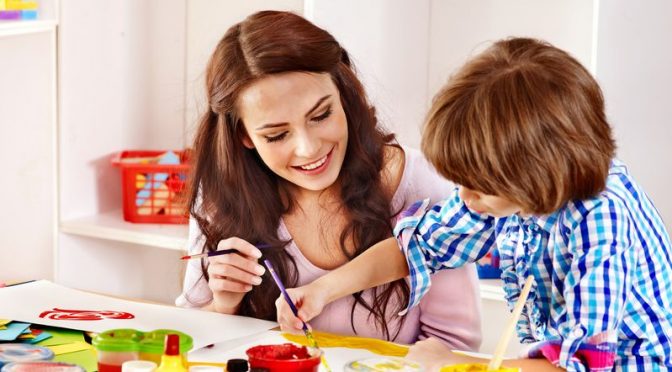 I’ve had a paradigm shift in my thinking and it’s thanks to learning some core truths about relationships through the work of Gordon Neufeld, PhD and Gabor Mate, M.D. in their book “Hold On to Your Kids: Why Parents Need to Matter More than Peers.” The book is easily one of the most important I’ve ever read (listened to) and I strongly encourage it for parents, but especially educators and school board members.

I got this book some months ago on Audible and was planning to listen to it after a few others. I didn’t know the exact nature of the book so I wasn’t highly motivated. Then a friend prevailed on me how good it was. So I started listening. I never knew these things I never knew. Peer-orientation, parental-orientation, “collecting your kids”, etc… I was captivated.

I had no idea that virtually every problem we find in schools is a direct result or strongly correlated to children who have bonded with their peers over their parents. If the family relationships were stronger, and children were properly oriented to their parents, a whole host of issues could go away, or at least be largely brought under control.

Unfortunately, state compulsory education in the name of “helping” ensure children are educated, is a very big barrier to raising well-adjusted children. No surprise. Get this book and you’ll understand the issues, the root of the problem, and solutions for your own family and your community. It’s a paradigm-shifting experience.

It starts when children are separated from parents at a young age. The benefits of state “daycare” in schools, or even worse, putting your children into pre-school, is debilitating to them. What happens is children who are suddenly taken away from their source of connection to the world (parents) must now form attachments to others without knowing whose in charge. Cortisol (stress hormone) levels spike and they need to find new attachments during that period of stress. They have to form a pecking order of their own. It’s literally a mini “Lord of the Flies” scenario where someone will assert themselves as the leader (boss/bully) and become more aggressive to take that role. The formation of peer attachments CREATES aggression. Time after time.

Want to solve bullying at school? It won’t be solved through anti-bullying programs. Increase parental attachment to their children and make the role models for children steady adults they trust and the problems largely solve themselves.

Why are children acting out sexually? Why do they remain immature as they age? Why are they getting increasingly competitive? It’s all aspects of peer-oriented children.

When parents want their children to get socialization by spending hours at school every day, then homework takes over and kids have hardly any time with family, we are destroying the relationship between parents and children that would allow those children to become mature adults.

The theory that kids need school to learn socialization skills is a myth. Those skills come from proper parental-orientation, observation of parents in socialization situations, and mimicking mature adults instead of immature kids.

This isn’t to say kids can’t play together and socialize, but we need to suppress peer-orientation and increase parental orientation. The book has chapters with suggestions on how to course correct and bring your children back.

The most important thing a child can have in their lives is a loving connection to parents where they know that even when they make a mistake, there is someone there to love them and encourage them. We all know school children can’t give that behavior and won’t. They mock and torment the weak and laugh at those who make mistakes. The successful are pulled down such that they don’t want to be too successful lest anyone feel hurt that they didn’t succeed in doing something.

Another major problem with peer oriented kids is they suppress their creativity and curiosity. They don’t want to stand out lest one of their friends feel bad. Having a strong parental orientation helps solve this as parents want them to succeed and encourage their creativity and success

Preschooled children start schooling stronger than homeschooled children, but homeschooled children finish stronger because they’ve been allowed to mature in a loving way and weren’t pushed into learning too early and fast while separated from their parents (which creates peer oriented kids). The advantages of preschool are largely temporary. The push to have super smart kids by stressing them out with rigorous programs and encouraging “grit” is a big mistake.

If you want well-adjusted, mature, smart kids, make sure the parental orientation is solid, and ensure they have relationships with other adults who can be mentors for them. The notion that kids need school to learn socialization is a lie. The facts are, kids learn to get along with each other by modeling well adjusted adults who interact with other adults and other children. Take a bigger interest in your children’s friends and build relationships with them… Your relationship with them might just be a factor in how they influence your child.

There’s really so much here that destroys much of the prevailing thought on schooling it’s a must-read.

By posting this, someone out there is seeing this as a way to get government into the home to “check up and make sure the parental orientation bond is in place.” That’s already happening and was part of ESSA to come into the home. https://www.utahnsagainstcommoncore.com/essa-invades-your-home/. Government is the source of problems, not solutions. If you want real solutions, they are where they have always been, but now more than ever for me. They’re in the home.

What I hope school board members get out of this is that we need to stop with the lies that kids have to be taught early and pushed to excel. There were a couple books written a few decades ago by Raymond and Dorothy Moore (“Better Late than Early” is one) that showed that children should be started later in school, like around age 8, so that they have time to properly bond with parents and not be thrust out of the home before they are ready to leave. They turn out better as human beings and they lose nothing in the way of being behind in school.

For those of you that worry about such an approach, we took this with our son. We read to him but didn’t force him to do “school” work. By the time he was 8 and I saw his peers reading and my son wasn’t, I started to panic thinking he was getting behind. My wife calmed me down and said she’d spoken with other homeschoolers who also took such an agency-based approach to letting kids determine when they were ready, and things would turn out OK. Later that year, he suddenly decided to start reading and within a few months shot right past “grade level” material and just kept going. It was amazing to watch happen. It’s a lie that children will fall behind if they don’t do things on a timetable such as state standards suggest. Those state standards can really mess with children either stressing them beyond what they’re ready for, or holding them back when they are ready to forge ahead.

After listening to this book, I now understand much better why John Taylor Gatto said public schools delay adulthood and extend childhood. I think if parents properly understood what’s happening to their children, they would look much stronger at homeschooling (which is way easier than you think, and way safer for your children), or find other alternatives to the regular public schools children attend. There are some great, creative alternatives to normal every day schooling that treats children with respect and as adults.

Get the book: “Hold Onto Your Kids”

Homeschooling: If you’ve contemplated it but don’t think you can do it, watch these resources. Once you start and see the improvement in your children’s behavior and really connect with them (as they become more parent-oriented), you’ll wish you’d started sooner.

There are loads of resources for homeschoolers that you can find online, and there are even schools that cater to homeschool parents.

Dr. Neufeld has lots of clips and even full presentations on YouTube. Here’s a TEDx talk he gave. https://youtu.be/YjfpGGOGDCo

Addendum: May 10, 2019: A recent study from Harvard Medical School confirms that as of 2016, more than 5% of American children are taking some medication for ADHD. One reason is they found that children born in August where a school based age cutoff of September 1st was used, have a 30% greater chance of eventually receiving a diagnosis of ADHD. In other words, the young children we are sending to school are not emotionally ready to be stripped from their families and become agitated and restless. In some states they’ve lowered the age of compulsory education to age 4, and some are considering mandatory pre-school at age 3. This is a disturbing and alarming trend (along with massive misdiagnosis of ADHD). We are damaging children by putting them into school too young and by mandating standards that aren’t developmentally appropriate. I started kindergarten in Pennsylvania when I was 4. The curriculum was having the teacher read to us, finger paint, play with blocks, and have no homework. Today kindergartners are expected to read. That’s total nonsense to put it politely. Keep your children home longer, read to them, and seriously consider homeschooling or private schooling where their environment is more nurturing to their soul. Protect your children from emotionally damaging effects of separation, as well as the indoctrination, safety issues, and nonsense that takes place at school.

4 thoughts on “Hold Onto Your Kids”