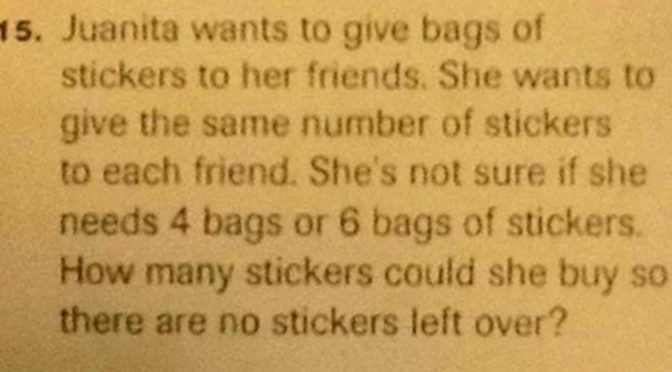 The following letter was sent to me by a Utah substitute teacher who wishes to remain anonymous.

One of the first experiences I had with the new methods used to teach Common Core math was when I co-taught  a math class as a substitute teacher in junior high school.  My job was to assist students with the assignment led by the math teacher.   The teacher was illustrating equations, for example, 34 x 3.  She was using the white board and instructed the students to draw out 30 boxes to represent the number 30.  She drew on the white board 3 boxes (each representing 10), but told the students that they could not draw 3 boxes, they must draw 30 boxes.   It was difficult to keep the students on task.  Many students stopped drawing and were shaking and massaging their hands because they hurt from writing.  Many became distracted.  A good portion of the 50 minute class period consisted of drawing out boxes to represent different numbers all grouped by 10.

As I was leaving the classroom I told the teacher that substitutes need training on how to teach the curriculum using the new Common Core  methods.    She stated that teachers need the course as well. I left the class feeling inadequate, like it was a waste of the students’ time and mine, and feeling bad because I had to encourage the students to do something I am not even following.  Before the standards were implemented I had substituted for this particular math teacher many times and I always found her lesson plans well organized and easy to follow.   Since Common Core I do not sign up for her math classes.

When I’ve substituted in elementary schools since the implementation of Common Core I often find that the worksheets are confusing, incorrect, and there is not enough information to solve word problems.   One such example was on a test for fourth or fifth graders, I don’t recall which, in which Juanita’s sticker problem (below) appeared. I found the image below online after seeing it on our students’ test.  The students were confused and asked me what to do.  I instructed them to write that there is not enough information provided to answer this question.

Our students deserve a MUCH better curriculum. 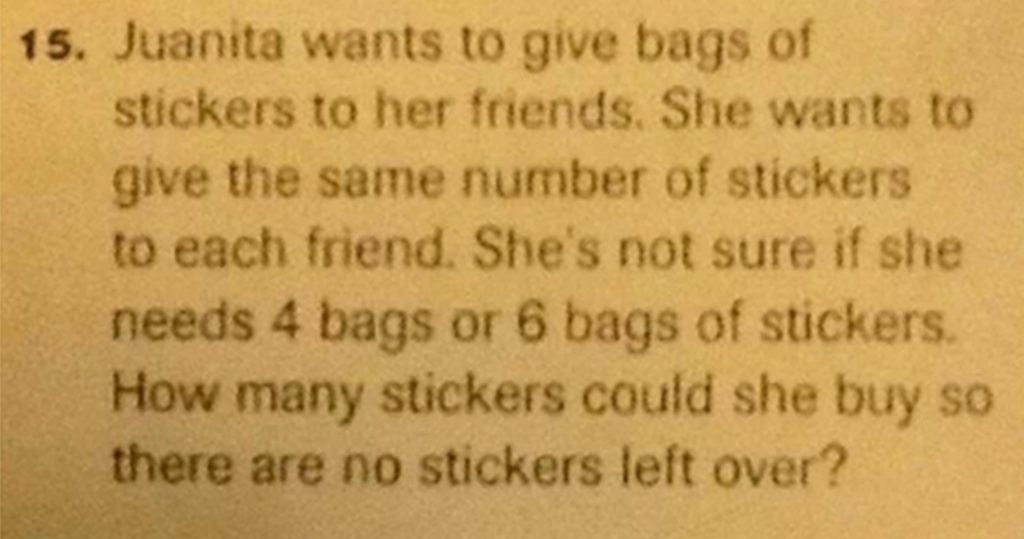