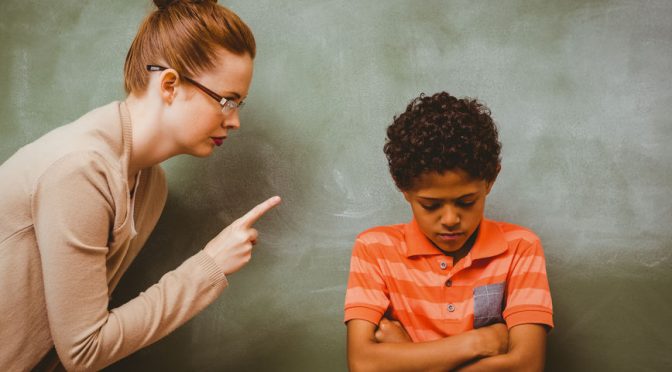 Want to see how social justice and leftist indoctrination works in public schools? Look no farther than “conservative” Provo, Utah. Think all is well in “Happy Valley”? Think this stuff only happens in California? Think again. It’s all over Utah (yes, you can read that sentence two ways).

I think it’s time to fire some teachers and find alternatives to sending your children to schools where their minds and values are warped and parents rights ignored and denigrated. Failure to act means the next generation just continues the slide toward social justice and socialism.

The stories below are from one parent with children at different schools and from multiple teachers. “Oh but surely MY children are just fine.” Ask your children what things are really like at their school. Do teachers engage in these kinds of behaviors? Those are teachers that don’t deserve the title. This isn’t teaching. They need replaced by people who don’t twist minds, lie to students, ignore parental desires, and coerce behavior. Schools are to be a support to families per state law. Instead, we have teachers engaging in child abuse.

If the system can’t police itself, which it clearly can’t, then something needs to change including allowing for punishments for teachers who violate basic principles like these stories illustrate.  This has been going on for years all across the state with teachers violating various laws as documented on this site and others. They never suffer more than a wrist slap unless they get caught doing something severe. Reshaping of minds through social justice techniques is clearly allowed because who wants to punish a teacher, right?

How can legislators be so blind as to not see the negative consequences that are going to come from passage of HB 118 this past session where teachers will now have the state sanctioned power to “incentivize” taking state standardized tests? Unbelievable.

“Recently, my 6th grader was telling me about how they were discussing global warming in their, “science,” class and how man is destroying the planet, resources are being used up and time is running out to an inevitable apocalyptic end of life as we know it if drastic measures aren’t taken to reverse the damage we, humanity, have Done to mother Gaia!

I asked my son if the teacher had said anything about sun spots and the cyclical temperature changes the planet has been going through for as long as recorded history has been recording temperatures? He said, “NO WAY!”

I asked why not and he said, “Are you kidding… you DO NOT disagree with the teacher or you will be in BIG trouble!”

I again asked him, why not? His great-grandfather happens to be a world renowned climatologist who taught at UC Boulder among other major universities during his career and invented complex weather tracking/prediction models. His GGF would laugh out loud when would hear people going on about, “Manmade Global Warming”.  He would say things like, “These idiots think our polar ice caps are melting because of SUVs and Hummers. Well how the hell do they explain the ice caps on Mars melting at a relatively similar rate to ours? Last I checked the only vehicles on mars were electric and there is only one!” He would often talk about solar flares and how they would affect cyclical warming and cooling periods around the solar system depending upon the frequency and extremity of the solar flares happening on the surface of the sun. He would also comment on the level of hubris ,”these idiots must have to think they are significant enough to actually have an impact and make a difference either way.”

My son has heard me talk about these examples before but still wanted to stay out of it. He began to recount a recent example of when another student had been so bold as to offer an opposing position on the, “settled science”, and he was called out into the hall to be chastised by both of the 6th grade home room teachers while both classes watched  through the glass doors. Message sent, loud and clear! Dissenting points of view are not allowed… or at least that is what the perception of the students is at this point. “Perception is reality”, or so the saying goes.

My other son in 8th grade overheard this exchange and seconded the notion that it is not ok to offer an opinion on the issue other than what the teacher presents. He said that he too was going through similar classroom experiences at the middle school.”

[Oak note: Independent thinking not allowed. Both sides of an argument not being presented. This is being taught what to think, not how to think.]

Story 2 – the lies they tell

“My 8th grader was in class the other day when one of the RISE Civics tests were handed out. Everyone was taking the test except my son (who was opted out) so after all the tests were handed out, the teacher walked over to his desk and began to tell him in a voice loud enough for the whole class to hear, that she knew his parents didn’t want him to take the test, but that if he didn’t, he would not be able to graduate high school or even be able to get an associates degree.

She proceeded to list all the things he would be missing out on, which made him feel very uncomfortable in front of his peers and worry about all the negative connotations mentioned if he didn’t take the test. So much so, that he took it, even though we had exempted him previously; Verbally and in writing, to the Principle, office staff and the teacher.

Think about the message sent to all the other students who were witnessing this exchange.

This teacher acted in direct defiance of the parents wishes, publicly shamed and emotionally manipulated a minor in front his peers and violated the current state law relative to the situation.”

Here’s where you get information on opting your child out of state standardized tests.

https://schools.utah.gov/assessment (click parental exclusion and you’ll see the form. There are only 2 tests required: a civics test is required for graduation; and a CTE test is required for specific certification. No state tests are required for elementary or middle school. This teacher obviously knew that and knew this test had no bearing on college degrees. She clearly lied and manipulated this student and should be forced to apologize to the class and explain that she lied and manipulated the situation. She SHOULD be forced to do that, but will it happen? Doubtful. Administrators wouldn’t want to lessen teacher “authority” to the class, but it’s OK to destroy parental authority.)

“All year, I have been hearing about agenda based, framed questions from my son’s 8th grade English teacher about the, “undocumented immigrants” and the horrible things that are being done to them and constantly going on about how unfair their plight is and how we are doing nothing to help them to get to a better life, etc, etc, etc. I am sure you can imagine all the angles and ways that a teacher in that position, with a captive audience for the entire school year could cover such platitudes. As a side note, this is not the same teacher that has been going on about Global Warming that I mentioned before, that was the science teacher. That teacher just had them do an essay on, “What do you find alarming about Global Warming?” [Oak note: just the title of this assignment is indoctrinating and taking sides.]

Back to English class, he was recently given an assignment to come up with a plan to aid and abet the effort to help illegal aliens cross into the USA. Here is the assignment in his own words.

‘We had to respond to the question, “What can I do to help immigrants get across the border of the United States of America?” Then, for the assignment, we had to come up with some type of physical object and a plan on what we can execute to succeed in that motive.

It was sort of like a project. We had to build a poster and respond to other related questions like, “What is our solution to this problem, why will it work and how are we going to do it?

Then we had to create a physical object that went with our plan, such as a legislative bill that we would propose, a website or an app or something that in some way correlates to the issue and our solution to it.’

So now, instead of just promoting the breaking of laws by the illegal immigrants, we are apparently getting into training on political activism and breaking the laws ourselves through criminal conspiracy and misprision? I mean, is this not disturbing?”

1) Where is the legislator that will protect families and American culture? It’s clearly time for civil punishments where the school systems can’t or won’t monitor and police themselves.

2) I have a daughter attending a Utah college right now on a scholarship who doesn’t have a high school diploma or GED, and solely got that from her ACT score, single page homeschool transcript that showed what she did for four years prior to college, and transcript from an online charter school where she took some classes. Your children can get by just fine without local public schools or they can selectively dual-enroll and just take classes that suit them and homeschool for the rest without the indoctrination. Homeschooling is growing rapidly in Utah and with stories like these it’s not hard to see why. Click here for more information:

https://www.agencybasededucation.org/options/homeschooling/ (Is homeschooling right for your family?)

27 thoughts on “Student Indoctrination and Shaming in Provo S.D.”