The letter below was sent in by a parent in Park City. The High School has apparently agreed to participate in a study where students will give DNA samples to a lab as an outbreak drill to test new lab equipment. The purpose is that in the future, they may want to determine how new H1N1 type diseases are spreading.

The letter says this is going to be an anonymous collection, but I believe this is inappropriate for a school to do without written consent from parents. In the letter below, it ends:

“If you do not contact us in one of the ways listed above, you are giving your consent to participate.”

So if an outbreak, or scare of one, happens in the future, will a lab be able to use that as an excuse to sweep in and take DNA samples of students, perhaps storing individually identifying data on them, without getting parental consent because it’s a crisis? Don’t think that can’t happen. People give up personal information all the time when there is a crisis without even thinking twice about it.

53A-13-302.   Activities prohibited without prior written consent — Validity of consent — Qualifications — Training on implementation.
(1) Policies adopted by a school district under Section 53A-13-301 shall include prohibitions on the administration to a student of any psychological or psychiatric examination, test, or treatment, or any survey, analysis, or evaluation without the prior written consent of the student’s parent or legal guardian, in which the purpose or evident intended effect is to cause the student to reveal information, whether the information is personally identifiable or not, concerning the student’s or any family member’s:

Not listed in the block below this paragraph is DNA and yet it states written consent is required in collecting data in tests whether the information is personally identifiable or not. Perhaps legislators need to revisit this section of code, but it seems like the proper thing for Park City schools to do in any type of study they want students to participate in would be to get opt-in forms signed by parents, and not make them opt-out.

Parents in the school district there should ask the district for their FERPA (Family Educational Rights and Privacy Act) policy and clarification on the protections afforded student information. 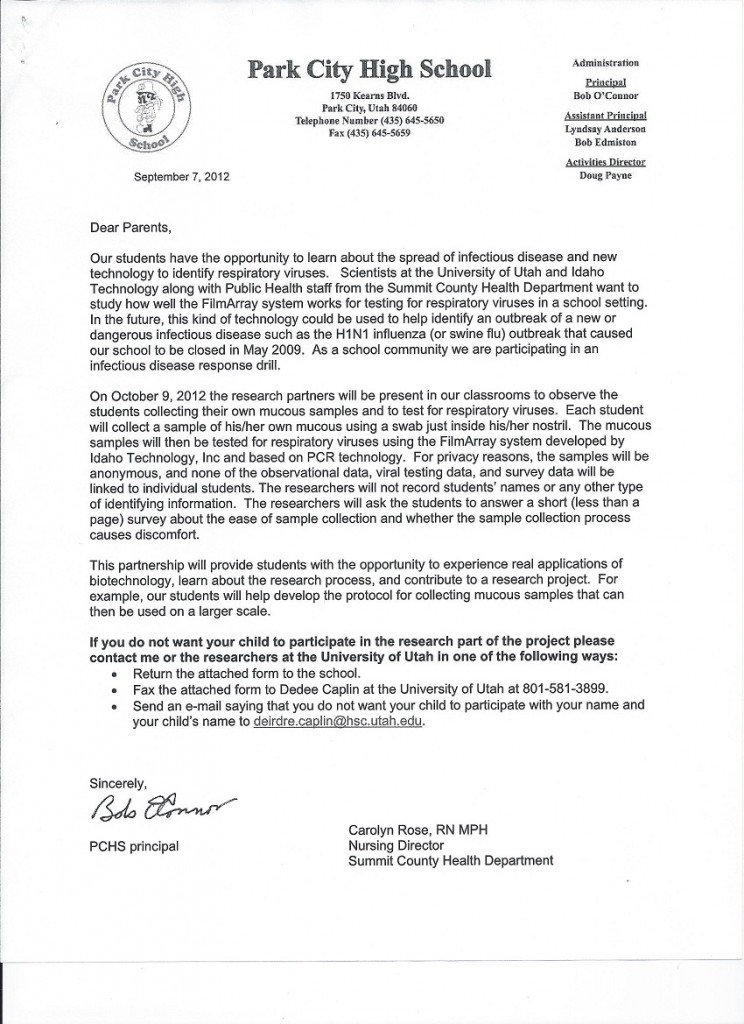 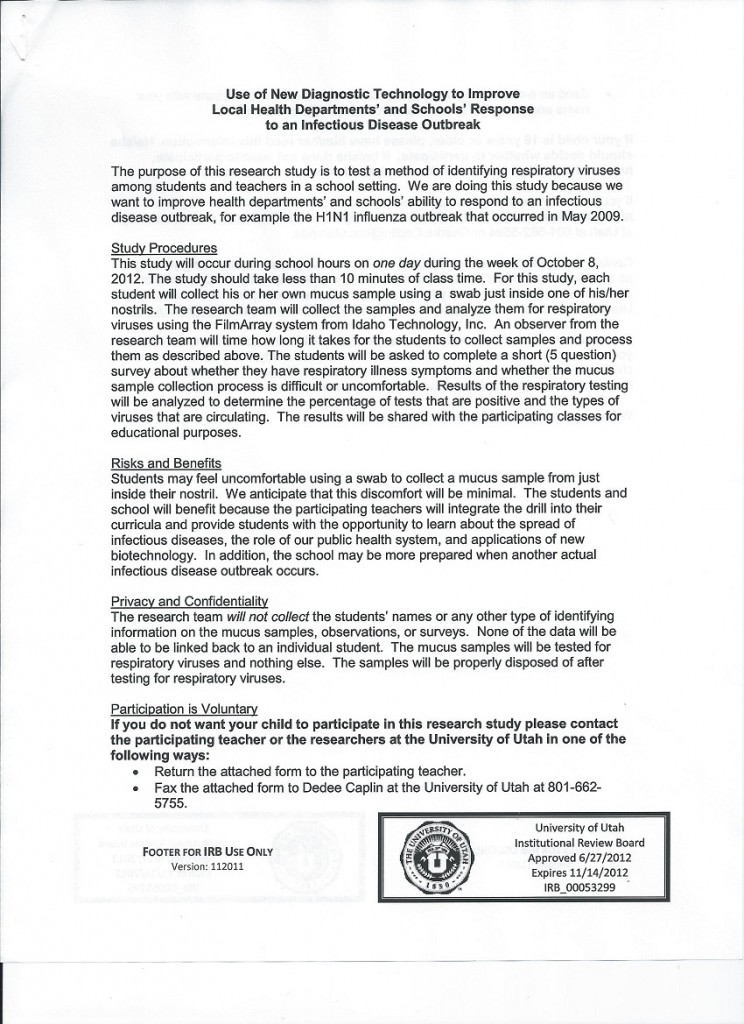 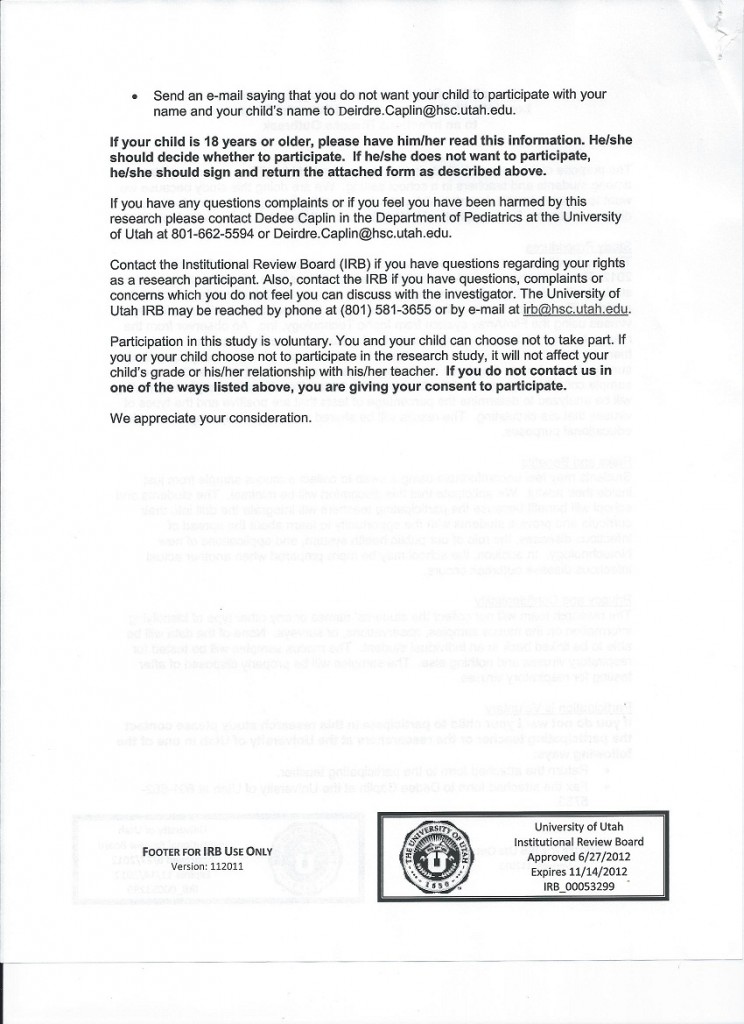