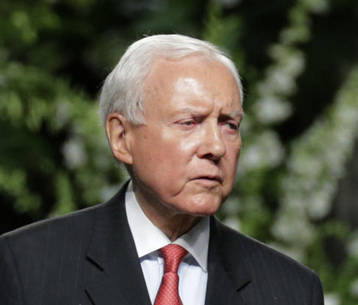 In an almost unbelievable surprise, Senator Orrin Hatch has introduced the College Transparency Act of 2017 – along with Elizabeth Warren (D-MA), Bill Cassidy (R-LA) and Sheldon Whitehouse (D-RI) – as a “modernization” of “the college reporting system for postsecondary data in order to provide greater transparency for students, families, institutions, and policymakers.”

A press release about the bill states:

The College Transparency Act of 2017 will provide actionable and customizable information for students and families as they consider higher education opportunities by accurately reporting on student outcomes such as enrollment, completion, and post-college success across colleges and majors, while ensuring the privacy of individual students is securely protected. Most importantly, this information will tell students how other prospective students have succeeded at an institution, and help point them towards schools best suited to their unique needs and desired outcomes.

In other words, a new longitudinal database to track students. Simultaneously…

HOUSE COMPANION BILL TO REPEAL BAN ON COLLECTING STUDENT-LEVEL DATA: A pair of House lawmakers this week filed companion legislation to a Senate effort aimed at overturning a federal prohibition on tracking the educational and employment outcomes of college students. Reps. Paul Mitchell (R-Mich.) and Rep. Jared Polis (D-Colo.) introduced legislation that would establish a new “secure, privacy-protected postsecondary student data system.” The bill would allow the Education Department to more comprehensively capture student success and employment outcomes of students, broken down by college and major.

– Both lawmakers are members of the House education committee, which is chaired by Rep. Virginia Foxx (R-N.C.) who has been a vocal opponent of repealing the ban, citing data privacy concerns and questioning whether it’s the proper role of the federal government to collect the information. Read the bill text here and Politico coverage from earlier in the week here.

“Rather than protecting student privacy, the government is a complicit partner in eroding it,” Malkin observed. “We’ve gone from No Child Left Behind to Every Child Data Mined.”

Malkin stressed the role of the federal government in the collection of private student data in her show commentary:

The government is not only joining in but also encouraging and mining the data of our children. Washington meddlers are already on the ground and in our schools gathering intimate information on your family. Through Common Core, the feds are funding and mandating invasive longitudinal databases, collecting highly personal information. It’s data they’ll have forever, data that can never be unseen, your children’s privacy ripped away as they tracked from womb to tomb.