We received this excellent letter from Alma and are publishing it. I have bolded a few sentences in the letter to emphasize them. 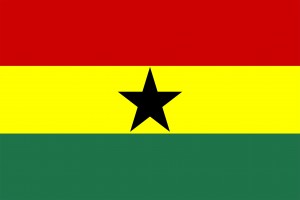 My name is Alma Ohene-Opare, an alumnus of BYU and a native of Accra, Ghana. Over the past few months, I have followed with much amusement, the nationwide debate for or against the adoption and implementation of the Common Core standards. The arguments have been fierce and passionate on both sides and seem to stem from a universal desire to raise the quality of education in America. The desire is noble. However, this noble desire will not compensate for or mitigate the empirically documentable effects of the failed policy being proposed.

Common Core may be new to America, but to me and the thousands who have migrated to the United States to seek better educational opportunities, it is in large part the reason we came here. If you are wondering what qualifies me to make the assertions I will make in this article, know this; I am one of the few victims of a standardized national education system in Ghana, who was lucky enough to escape its impact. I am also a member of the Board of Directors of a private K-12 institution in Accra, Ghana. Golden Sunbeam Montessori School was founded by my mother in 1989 and is currently leading the fight to rid our country of an educational system that has led to the systematic degradation and deterioration of our human capital.

Let’s get to the core of my argument; pun intended. What Americans are calling Common Core is eerily similar to my educational experience growing up in Ghana. In Ghana, K-12th grade education was tightly controlled by the Ghana Education Service, an organization similar to the US Department of Education. From curricula to syllabi to standardized testing, the government controlled everything.

In 9th grade, all students, in order to progress to high school are required to take a standardized exam known as the B.E.C.E, which stands for Basic Education Certification Examination. Depending on the results of the test, each student is assigned by a computer program to a public high school without regard to his or her interests, passions or ambitions. Each student is then assigned an area of focus for the next three years. Some of the focus areas are General Science, Business Management, General Arts, Visual Arts, Home Economics, Agriculture, etc.

Although things may have changed slightly since I graduated, most students generally did not have a choice as to which area of focus they were assigned. The only way to get a choice was to ace the standardized exam or to call in a favor either through bribery or some other type of corruption. The students who failed miserably were usually those who attended public schools; many of whom dropped out of school entirely.

The process was then repeated at the end of High School with another standardized exam called the W.A.S.S.S.C.E. This exam tested your readiness for college and ultimately determined which course of study you were assigned by the government in college. I did not ace that exam and did not get admission into the state run college of my choice. Instead, I went to a private university founded by a former Microsoft employee and was found smart enough to be admitted to BYU a year later as a transfer student, to graduate with a Bachelor’s in Information Technology and to be hired right out of college as a Program Manager at Microsoft Corporation.

Although the education system in Ghana is not similar in all aspects to Common Core as it is being proposed today, some of the basic tenets are the same. The curriculum was controlled by an external body without input from or accountability to teachers, individual schools or parents. Some argue that teachers and parents have control in Common Core. It pains me to witness such naivety. That myth has always been an inevitable play by proponents of any centralized system. The goal is to make people think they are in control while nudging them blindly towards a perceived public interest. The truth is simple; the institution that controls the exams, controls the curriculum.

By controlling the standardized exams, each school in Ghana was forced to make passing the exam its primary focus rather than actual teaching and learning. Hence anything that was deemed outside the purview of the test was cast aside and treated as non-important. Extra-curricular activities were cut if not totally eliminated and the school day was lengthened to ensure that students had even more time to prepare for the test.

In my case, school started at 6:00am and ended as late as 6:00pm. We attended school on Saturdays. Even when school was out we still attended school half day. Our lives were consumed with preparation for the standardized test. We all had booklets of past tests going back 15 years. Those who anticipated failing the test registered in advance to retake the test. The value of teachers was measured solely on the performance of their students on the standardized tests. Scammers who purported to know what would appear on the tests duped schools, parents and teachers alike by selling bogus test questions. Schools with political connections always unanimously aced the tests.

You may wonder why nobody ever tried to change the system. The answer was simple. The government made it impossible by requiring all students who wanted to go to High School or College to take the test. Hence, any time spent trying to change the system meant time taken away from preparing for the test. Parents became completely beholden to the system and would threaten to take the kids to other schools if administrators spent any time not preparing their kids for the test.

Now that you have a sense of how an education system can become trapped in the death spiral of standardized tests, let me interest you with the impact of this system on actual student outcomes. In Ghana, we had a phrase to describe how we felt about standardized tests. We called it “chew and pour, pass and forget”. Translated, it means memorize, regurgitate, pass the exam and forget everything.

Unfortunately that has become reality for many graduates of our educational system. As my father put it in a recent petition to the Ghana Education Service, “the education system in Ghana is akin to an assembly line setup by the government to create employees for an economy largely devoid of innovation, entrepreneurship, originality or risk taking”. Because students never learn to solve problems or think critically for themselves and are largely discouraged from challenging their teachers or the status quo, they are inevitably groomed to maintain the failed traditions of the past while believing they are completely powerless to change anything. The result is the fact that even with an abundance of natural resources, the country in general continues to suffer in the doldrums of socio-economic development without any clear path out of it.

Recently my brother left a well-paying job in the US to return to Ghana to take over my parent’s school. He had dreams of changing the system. He imagined students groomed to become innovators and entrepreneurs. He soon learned it was impossible to achieve any of those dreams if the school was to remain subject to the rules, restrictions and common standards the government had set. The only solution was to completely abandon the system, which he fears would cause parents to withdraw their children from the school. He is now stuck in the limbo of a catch 22 but continues to fight to win students, teachers and parents over to a new beginning for the education of their children.

In December 2012, I returned to Ghana with my family and had the opportunity to speak to 10th grade students at the school. I gave what I thought was an inspiring speech. I proposed to start an innovation and entrepreneurship club which will employ students to identify and propose solutions to some of the problems facing the country. I promised to provide the capital and resources necessary to support these kids in this new challenge. I ended by asking the kids who were interested to write their names on a piece of paper and email it to me. It’s been more than 18 months since I returned. I have received nothing and I don’t blame them. Their parents have paid a large sum of money because they believed our school would help their kids pass the standardized exam. I was not about to distract them from that goal. What a tragedy.

I have personally wondered what makes Africa so uniquely challenged in its attempts at economic development especially when all the innovations needed to do so are readily available to us. I came to a personal conclusion which admittedly is not scientific but captures what I believe to be the elusive culprit. It is contentment with mediocrity and a lack of curiosity to change the status quo. The problem is not inherent in the nature of Africans but rather the imposition of an educational system that burned out the light of innovation and made us content to live on the spoils of the countries brave enough to venture into the glory of the unknown. When I came to the US, many people would ask what the difference was between the US and Ghana. I responded that in Ghana, I could dream. In America I can do.

In writing this article, I am by no means endorsing the current state of public education in the United States. The problem with the system today is that the US government, aided by self-interested unions, has spent decades and billions of dollars trying to return to a system of education that America abandoned a long time ago; a system which has proven a failure in many parts of the world. Common Core is just the latest iteration of the failed system. Like a wise man once said, oh that I were an angel and could have the wish of my heart; to stand on the mountain top to warn against the path you are choosing to take. As an outsider looking in, I recognize one thing that most Americans lack. Because America has been free for so long, many have no sense of what tyranny looks like and how quickly physical and intellectual freedom can be lost on the path paved with good intentions.

I plead with all you well-intentioned but definitely misguided administrators, teachers and politicians. Raise your heads out of the dust and realize that America is great because America bucked against the status quo. Thinking a standardized and common core curriculum is innovative is like discovering water in the ocean and patting yourself on the back for it. This system is not new. Its greatest success was to create a conforming working class for the industrial revolution. It is not fit for a dynamic 21st century that needs constant innovation and the confidence to create new solutions to the problems that continue to beset and confound the smartest minds in the world.

America is desperate to find a solution to a problem that you solved decades ago. Return to originality. Put teachers and parents in charge of the education of their children. Encourage critical thinking that rejects conformity for the sake of some perceived societal benefit. Teach children to solve problems and not just to regurgitate the solutions of generations past. I have been silent too long and have now seized this opportunity to stand up for what I believe, which ironically is something I have learned from my experience in America.

America, I urge you to learn from the mistakes of those around because, like the plaque in my former bishop’s office read, “you may not live long enough to make all those mistakes yourself.”