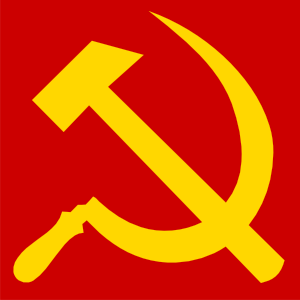 With permission, I am printing the following account from a retired Utah elementary school teacher. I spoke with her personally and she desires to remain anonymous and keep the school, district, teachers, and principals anonymous in her story.

Just to make it abundantly clear, this teacher retired 16 years ago (approximately 1997) and this is not related to Common Core. There is no clear evidence that this exact thing is happening today in Utah, but there are some warning signs which as parents you should be aware of and I share those in a brief Q&A with this teacher, below this account.

Underlining is by the author/teacher, bolding is by me.

“Cooperative learning: my experience with co-operative learning began in _______ elementary _______ school District, when Mrs. ____ was principal. Once a week the teachers had a meeting with the principal. At this time, we, the teachers, were told to put all desks in a group of four. Teachers were to put one of the best, one of our poorest, and two mediocre students in a group.

We the teachers, we’re given charts to put on the blackboards or bulletin boards where the happy talker in each group of four could see and could verbalize a comment from the chart in response to every comment made by each person in his group. As long as the comments were of an encouraging nature the “happy talker” knew what he could say according to the chart but if one student said something like “I think that is a stupid idea” the happy talker said “no put-downs.”

The first year of cooperative learning this was the acceptable response: “no put-downs.” The second year the response changed and the happy talker was to respond by saying “killer” or “suicide” because the person who negatively reacted to the group or individual was “killing an idea” or causing the idea to self-destruct; thus the explanation for the use of words killer and suicide.

This second year of cooperative learning the teachers were given a game they were to teach to the children in physical education class. The game was called “suicide.”

The outside of our rooms had been designed for showing individual art. There was a strip of corkboard all around the outside of our rooms which had been a joy to see art displayed respecting individual talents. The principal told us we were not ever to display anything but collectively chosen, collectively designed art projects with the collective names of the four students on it. One large piece of paper was to be given to each table of four combined desks. The four children were to come to a consensus on what the art project would be and each student would work on a portion of the large piece of paper. This was one of the most difficult adjustments for the creativity found within each child.

There were four teachers in our second grade team. One teacher was the “team leader.” She was the teacher who reported to the principal written and verbal reports for the entire second grade teachers. The team leader often walked into our rooms without knocking. Her observation was revealing. Upon much concern and searching for what to do I decided I would appeal to “the best” in my team leader. I went into her room when no children were there and I said: “I’ve taught in a one room country school in Missouri, a school almost a block long in Iowa, a private school in Wisconsin, and I have seen many education ideas come and go. In Iowa schools it was decided by an educator that a child’s first idea was usually right so all erasers were removed from pencils and if a child marked over his first response the answer was considered wrong because it wasn’t his “first” thought. Do you see, I said to her, how ridiculous ideas may come into education but we don’t have to accept them as an ironclad rule? She knew exactly what I meant. She quickly and conclusively told me: “I will do what it takes to keep my job.” This ended the conversation.

At a meeting with teachers and principal ____, a teacher inquired “Mrs. ____, what if the teacher doesn’t do cooperative learning?” Mrs. ____’s response was “she is out the door!”

At this time I had been able to put on a “dog and pony” show which the children and I had carefully planned for when we were to be visited by _____School District supervisors and Mrs. ____. All desks were as a table, happy talkers had the words on charts in mind and we practiced for a week.

What was perceived by the second grade district supervisors and principal I don’t have any way of knowing but when I was called to the principal’s office for an evaluation, Mrs. ____ had given me a #3 of a possible 5. I read it carefully. Mrs. ____’s markdown was stated as a restlessness in the classroom; too much energy. I said “I won’t sign it. I have 32 students in my classroom. I am not, according to state regulations, supposed to have in second grade more than 27 students. Also most of my students; 20 are boys. Boys have a much higher energy level than girls. No I will not sign that evaluation!” She reached across the desk, picked up the evaluation, erased the #3 and changed it to a #5.

It was near the weekend. On Sunday afternoon I went to see brother ____, an attorney in our ward*. Although I had tenure, I felt sure I would be fired. Brother ____’s response was “pray for interference, the Lord can interfere if you ask.”

In all my wild imaginations I could never have dreamed of what happened next. It was in the middle of the school year – not a usual time for teacher or principal transfers to other schools. I believe every teacher may have been as surprised as I was when Mrs. ____called all teachers to the library and told them she was being transferred to a neighboring school, ____. Within a week or so she was gone and Mr. ____ was our new principal. A teacher asked Mr. ____ if we still had to do cooperative learning. Although his answer was “yes,” very little was ever said or done about it in our weekly meetings. It was a relief to most teachers who conscientiously tried to teach the children in their classroom like they would want their own children taught.

I had a teacher friend in the (school where the principal got transferred to). She said Mrs. ____ instigated cooperative learning as vigorously as she had in ____. I do not know if Mrs. ____was using a cooperative learning model (or federal grant) to get more money for the schools from the federal government.

This social experiment passed over as a dark cloud does but leaving some ideas and elements in place; such as the philosophy that it takes a village (not the family) to raise a child.

* Oak Note: For those of you that are not familiar with the LDS religion, individual congregations are called a “ward” and encompass a specific geographical area ranging from a few blocks in densely populated LDS areas, to entire cities in sparsely populated areas.

Q&A with this retired teacher:

Q: Is it still happening in Utah schools?

A: No direct knowledge of this happening now.

Q: What grade levels did this take place in?

Q: What was the game “suicide” about?

A: I never found out. Another teacher and I used to alternate taking both our classes together to phys ed. This teacher was my grade level team leader. When “suicide” started, I quit allowing her to take my students to the gym and just did it solely myself.

Q: It has become somewhat normal to see elementary school desks organized into small groups, or see round tables for desks for multiple children in classrooms. If you see this what should you do?

A: You should sit down in this class and see how this teacher is working with these children. Does the teacher have a plan as to how each child functions in that group and is there consensus building for answers, or are they just grouped together but do individual work? Who is going to be the one that speaks for this group? The most intelligent student? The happy talker? The student who is struggling?

Q: What other concerns did you see?

1) We used to have specialists to send students to for reading or math help such as a special ed teacher who had their own plan to take that child from where they were to a higher level. Now in many cases another teacher comes into the room to try and keep the student on the same schedule as others and the plan is above where that child really needs help. To put it another way, “even though you don’t understand or have the bottom foundation bricks, we’re going to work on these higher bricks.”

2) Gifted and talented students were pulled from rooms for special advancement, but instead of being advanced they got more field trips to put them into job training previews (huge disadvantage to their advancement, and bad for the remaining students who didn’t see good examples in the class). It seemed to be building a tiered society in schools.

Q: What is your advice to other parents?

A: Find out what your children are learning. Sit in their classrooms and watch how the teacher operates. You have that right.

I am not 100% certain of the origin of this insane experiment in indoctrination, but I would suspect it is from John Goodlad and his involvement in our state which began in 1983 at BYU when he set up the Public School Partnership with 5 surrounding districts.

On page 174 of Goodlad’s book, “Access to Knowledge”, he writes that one reason for “cooperative learning strategies” is “to provide more excellent and equitable education.” Equitable is the key word. As seen above, individuality is crushed so that all students can be mediocre. (Matt. 18:6)

Teachers, if you are engaged in any of this type of classroom experimentation on children, I urge you to stop. If it is being forced on you, please let parents know what is happening to their children. I pray they’ll do the right thing.