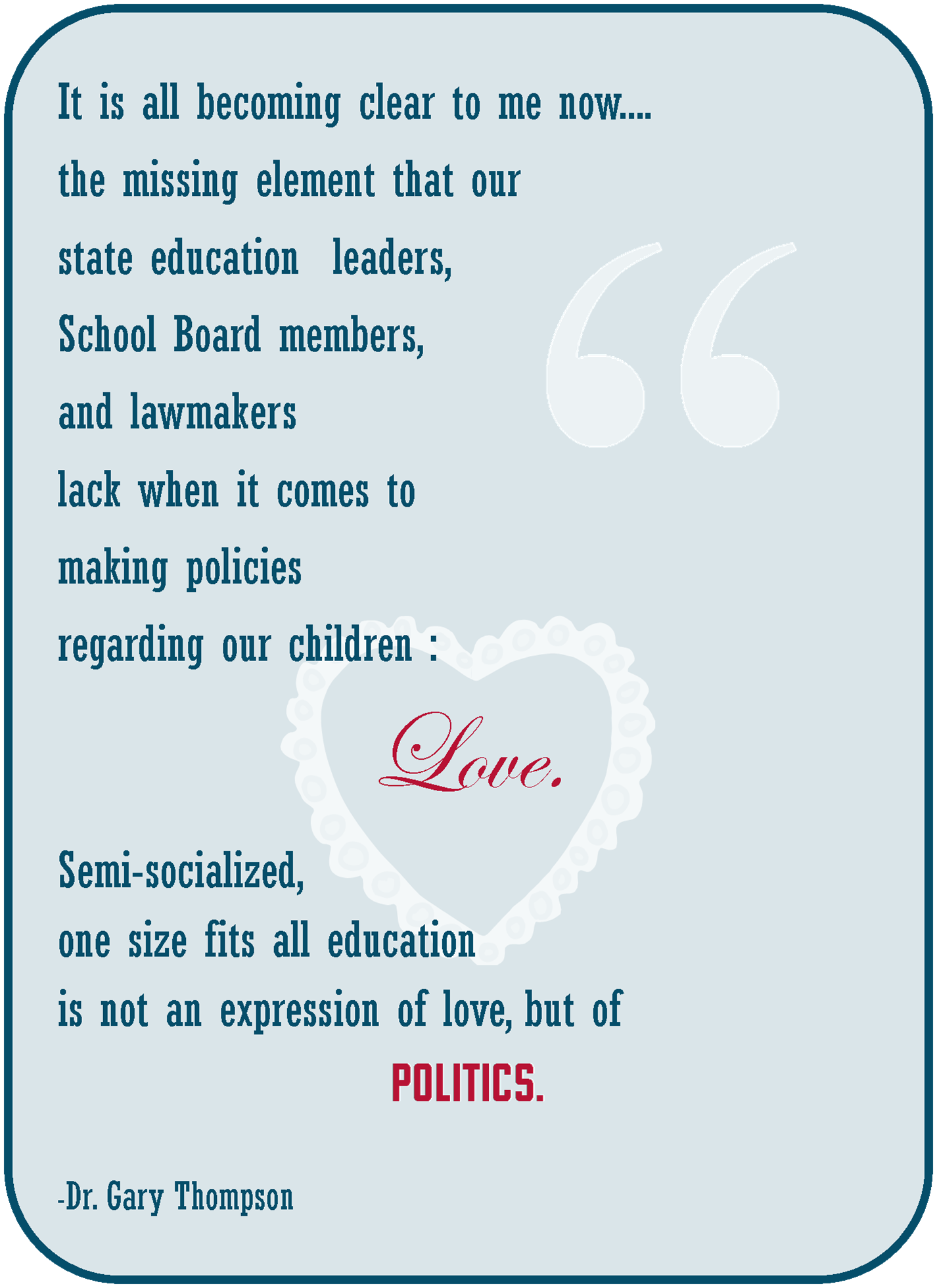 Doctor Gary Thompson, author of “Dr. Thompson’s letter to Superintendent Menlove“, has given us permission to post his latest Facebook note, “Baby Zoey Say’s “No” To Common Core: A Personal & Eye Opening Experience“, which details his encounter with his daughter’s speech therapist about the privacy of the data collected on his daughter. You’ll love his proactive solution to the problem.

(Please note that the opinions stated herein are the sole personal and private opinions of Dr. Gary Thompson and do not necessarily reflected the views and opinions of Early Life Child Psychology & Education Center, Inc., their Board Members, or other licensed clinical employees of the Clinic).

Lest  I be hypocritical, my two year old is receiving speech therapy services from  Jordan District Developmental Center. She was in the program long before I  became involved in the Common Core battle or was aware that someone now even at  the age of two, can become a victim of Utah’s questionable and fuzzy data  privacy laws.

Zoey’s speech therapist is simply amazing. It’s free. Its in my home.

They have now (last week) equipped our speech therapist with a laptop where the session  notes she writes go directly to the Department of Health or wherever the heck  they are transmitted to.

I  told the therapist to “put that thing away….and you know exactly why.”

We then had an hour long talk about privacy issues, and she commended me for  saying “no”.  She confided that from the moment she hit the “send” button, she has zero idea where this data is going or who gets to see it. She brought the issue up previously with District “suits”, but was expressly ordered not to discuss the issue and her concerns with parents other than what was written on the District’s consent form, which  simply stated that “all personal data is protected per Federal & State FERPA  privacy laws.”

She saw me on Glen Beck debating these very issues four months ago.

She said she was not surprised with my reaction, but only 1% of all parents question issues related to privacy. She also said that it was District policy for her to send this information about the session on her laptop, or services can’t be continued. When asked if she was aware of the changes the Obama administration made unilaterally to privacy rules via “FERPA”, and that they provide essentially zero protection, she bowed her head, turned red in the face, and simply said one word:

She was visibly upset and embarrassed to have to say that to me. Her new young speech therapist employee that she brought along to train, did not have any clue about what was going on, was not told about these data privacy issues, and also was visibly upset.

I did what any other red blooded American entrepreneur does when faced with this situation…..I made her a better offer.  It was an offer that not only benefits my daughter, but the community as a whole……

We LOVE well trained, passionate public school employees.  It pains me to get “hate mail” from across the country stating that I have negative agenda with public school teachers.  We will not, however, give up my kids data in exchange for their services….

Neither should any of you.

So, I’m going to steal her, and one other lady I have in mind, and send them into the homes of parents who need these speech services. Privately. No data train. No IEP’s. No fighting with Districts to provide speech therapy to kids with overworked therapists with huge case loads.

Our model of client/child care is simply the exact opposite of what the Federal Government is desperately trying to get this community to buy into. It was not difficult to devise a conceptual model of client care for this community.  We just simply did the exact opposite of procedure’s implemented in both the Affordable Care Act (Obama Care) and Common Core (Obama Core).

Parents of Utah, we have been deceived.

All done without directly lying to us parents, but simply by lies of omission. This talented Jordan District speech therapist was actually relieved that I knew  what was about to happen with my daughter. I can tell, because in a  professional manner, I can tell that “Ms. Doe” loves Baby Zoey. She is easy to  love.

It is all becoming clear to me now….the missing element that our state education  leaders, School Board members, and lawmakers lack when it comes to making policies regarding our children :

Semi-socialized, one size fits all education is not an expression of love, but of politics.

The random and extensive data gathering that Jordan District wanted to accomplish  with Baby Zoey was not an expression of love, but is simply a indication of  bowing to the pressures of a distant federal government, and private business entities and special interest groups that want money.   Data is Gold.

The  young, talented speech therapist employed by Jordan School District that came into my home loves my sweet baby toddler…..

……the  District that employees Zoey’s therapist, simply are not capable of modifying  practices that best meet the needs of both Zoey and her parents because they do not “love ” her.

It  sickens me to say this, but leaders in this State whom we have entrusted the care of our children to, are deceiving us.

Utah  State School Board members, State Lawmakers, and State Superintendent Menlove, I once again, 4 months after our original meeting, say this directly to all of  you:

Not  with my daughter.

Not  without a fight.

I  will close again with my favorite motto. One that should be on the desks of every policy maker in this State and  on the President of the United States desk in the Oval Office:

“Parents  are, and must be, the resident experts of their own children.”

Republished and edited with permission.