My head is swimming in disbelief. Alpine School District is the first district in the state to publish a Common Core test opt-out form and make it available to all parents in the school district. It’s a simple one page form. Unfortunately I can’t locate it on their website, but I was sent a copy from a parent in the district. It’s official and I’ve confirmed it with Board member Wendy Hart. Congratulations Alpine School District. Thank you for listening. 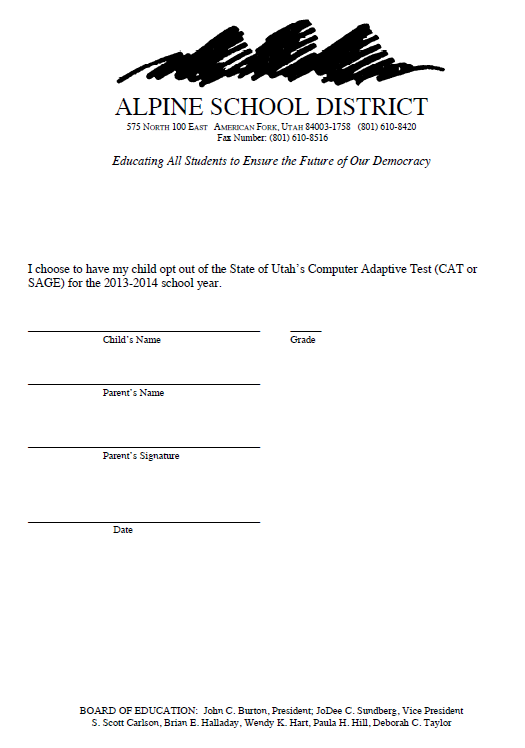