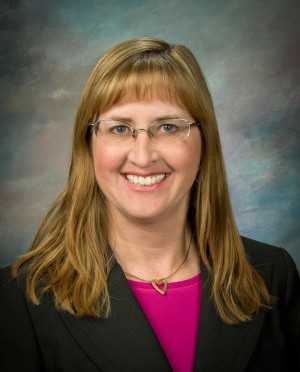 This timeline of events was prepared by Alpine school district board member Wendy Hart. Thank you Wendy for your above-and-beyond the call of duty efforts.

On May 1, 2009, the SBOE was told about the Common Core standards development. The group, headed by Achieve, Inc, the National Governors Association (NGA) and the Council of Chief State School Officers (CCSSO), wanted the State Board to sign an MOU by the following Monday (May 4, 2009) to participate in the development of the standards. Originally, the Board was asked to vote to approve the MOU, but, upon finding that there was no action item on the agenda for this topic, they were asked to give ‘general direction’. So, the CCSS MOU between Utah, NGA, and CCSSO was agreed to without any formal action by the SBOE. It was signed by Governor Huntsman and State Superintendent Patti Harrington.

The CCSS MOU [http://www2.ed.gov/programs/racetothetop/phase1-applications/appendixes/utah.pdf, p.88] was important for several reasons. Utah agreed to the following:

The MOU also gave states a greater chance at qualifying for the Race to the Top program, funded by the 2009 stimulus, that would allow states to compete for $4.35 Billion. In order to compete, a state got more points if it had common standards (Common to a significant number of states), and the only thing that met that criteria was this Common Core project.

Race to the Top (RTTT) [http://www2.ed.gov/programs/racetothetop/phase1-applications/index.html] ties everything together with its 4 assurances:

Utah applied for RTTT Phase 1 funds and was rejected. The SBOE decided to apply again for Phase 2 RTTT funds. In May, 2010, the State Board Chair, Debra Roberts signed the MOU to join the Federally-funded SBAC testing consortium. This was also done without any sort of Board approval. In fact, she informed the board that she had signed the ‘application’ for membership. The SBAC MOU requires the board to adopt the CCSS by December 31, 2011, and the SBAC testing by the 2014-15 school year. (http://www2.ed.gov/programs/racetothetop/phase2-applications/appendixes/utah.pdf, p.286)

It was also in the May meeting that the Board was told about the Statewide Longitudinal database (SLDS), funded with a $9.6 M federal grant. The SLDS grant requires tracking of individual student and teacher information, making it interoperable with other state agencies and other states. No discussion of privacy or informed parental consent is mentioned. (http://www2.ed.gov/programs/slds/factsheet.html)

On June 2, 2010, the official CC standards were released. On June 4, 2010, the Board was asked to adopt the CC standards ‘on first reading’ and to ‘accept the whole thing as it is.’ Supt. Shumway explains why the Board is adopting on first reading: ‘The reason for that is various, sort of, strategic reasons as we may find ourselves in an interview relative to our Race to the Top application.’ The board votes, unanimously, to accept the whole CCSS, 2 days after it is released and on first reading in order to be strategic in its RTTT application. In August, the board votes again, on third reading, to adopt CCSS.

In short, the SBOE had no formal votes on two MOU’s that obligated the state to more than just standards.

Side note: The same 4 ‘assurances’ in the RTTT were required in the State Fiscal Stabilization Fund (SFSF) that Governor Huntsman and Supt. Harrington signed for in April, 2009. In order to be eligible for RTTT, the state had to have had both Phase 1 and Phase 2 SFSF applications approved by the US Dept of Ed (USDOE).

So far, the requirements of the USDOE were done from an incentive perspective: we’ll give you the possibility of more money in exchange for your compliance with our demands. With the advent of the No Child Left Behind (NCLB) Waiver, the compliance was tied to punishments—lack of control over funding, and a potential loss of funding, for poor schools. Since the states had already put the 4 reforms into place, there was no reason to not sign onto the Waiver. The Waiver got rid of the insane requirement that every student in the state would be proficient in English and Math or the school would face sanctions of their Title 1 monies. With such a draconian requirement and funding punishments in place, who wouldn’t want out? And if all that you needed was to agree to continue doing what you were already doing, it sounded great. So, in 2012, the SBOE applied for and received a Waiver from NCLB. (The Waiver, arguably, was not valid under NCLB.) The initial waiver was for 2 years. Subsequent waivers have only been offered for a single year. This allows the USDOE to include whatever additional requirements they want, knowing that no state with a Waiver will want to get out of it, even as the requirements become more controlling.

May, 2009: CCSS MOU signed by Governor and State Superintendent. No formal Board Vote.

May, 2010: State Board Chair Signs SBAC (testing consortia) MOU. No formal Board Vote. Also, signed by the Governor and the State Superintendent.

June 4, 2010: State Board votes to accept the standards, in whole on first reading, in preparation for an interview about the RTTT application with the US Dept of Ed. RTTT, Phase 2 application reported to the SBOE as having been submitted.

August 6, 2010: State Board votes again to accept the CC standards, in whole.

Dr. Brenda Hales: “They would like to have us to sign a memo of agreement by Monday if we’re going to do it.”

Dr. Hales: ” Another con is although states are going to have lots of impact, in fact they’re going to have the opportunity to review the standards, they are not going to allow the states to have, to take a team to be a part of this.”

Dr. Hales: ”and the reason they’re doing it is because the other pro to this, the money that’s coming out for Race to the Top, the RF funds that are half billion, not million, half billion dollar grants are at least partially dependent upon the states having standards that can be looked at in terms of international benchmarks.”

Dr. Hales: “They want the Race to the Top grant to be individual states, but part of the criteria for showing that you are part of the group that is worthy of Race to the Top grant, can’t think of any other word, is that you’ve worked with other states on different issues so, in other words, you don’t put in a grant, it’s an odd mix of highly cooperative and highly competitive funding because what they’re talking about is you have to be cooperative with each other to qualify and then you compete as an individual state for the money and a half a billion is no small chuck of change.”

Janet Cannon: I was ready to make a motion and the thought just ran through my mind, you know, we do have the option of opting out but we are also putting ourselves in a position where we can apply for, have a better opportunity to apply for funds and grants and so forth. So my motion is- Oh.

[Unknown]: I have a problem [inaudible.] This is an information item.

Laurel Brown: Yeah, but the anticipated action is that we’ll discuss the materials.

Janet Cannon: Oh, ok. I was just looking up at the top that says action.

Brenda Hales: You can give me general direction.

Debra Roberts: Okay. Is the Board comfortable with giving Brenda some general direction to move forward on the national common standards and signing a MOU?

Laurel Brown: I’m comfortable with that.

Laurel (Committee report) 7:00: Recommending that the board adopt the common core of states standards as a framework on first reading and we have time for the board members to go in and study this material and then we have second and third reading in August. The momentum in terms of this, although we can do it at any point in time, it is something we probably want to move ahead on more quickly rather than later. Acceptance of the Common Core standards does have some bearing in terms of the points that we receive for our second application for the funding from the federal government. So that would need to happen quite quickly. There is some angst among some people in terms of having to accept a common core standard, and so some of you may still be at that level. Many of us have already gone through that and feel ready to move ahead. We need to bear in mind that if Utah accepts the Common Core standards as iterated by that committee and it has been vetted through multiple people and agencies….if we do it, we accept the whole thing as it is. We don’t nit-pick and wordsmith this, it’s accept it. Then at that point, in terms of using it as a framework, we can plug in the details…map out the curriculum in terms of what’s actually going to happen in the classroom…. we can add to it, we just can’t take away any of that curriculum.

19:45: Brenda Hales: We know you haven’t had time to look, so if the board adopts on first reading, then it gives you time the next month and a half to review it for second and third in August.

(Debra Roberts?) Laurel, our expectation then is to have the board vote on first reading. Does everyone understand that? So, even though the committee approved it on first reading, it’s coming to you for first reading and then we’ll do second and third reading in August.

20:00: Shumway: The reason for that is various, sort of strategic reasons as we may find ourselves in an interview relative to our Race to the Top application.

3 thoughts on “The Federal Strings We’ve Signed Onto”