In Utah, State School Board elections work like this, which is essentially taxation without representation. We get taxed to fund this entity but then when we try to run a candidate for office they are eliminated by those in power.

1) Everyone who wants to run for a school board seat files an application.

2) All those names go to a special committee comprised of 12 people appointed by the governor.

3) That committee interviews the candidates, eliminates everyone against Common Core, and shrinks the pool down to 3 names from however many there were that wanted to run. If you were eliminated by these unelected individuals, too bad.

4) Those 3 names go to the governor who eliminates 1, and generously gives the public the choice of voting for 1 of those 2 candidates.

5) The public gets 2 “safe and approved” choices to vote for. 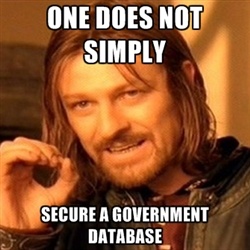 Great work by the State School Board on this one. We totally agree that we should strengthen privacy laws. In fact, the most secure way to secure our children’s personally identifiable information is to NOT STORE IT IN A DATABASE. It’s pathetic that the USOE and State Board signed us onto this whole mess with grant and wavier applications and now go running to the legislature (whom they constantly criticize for interfering in education), and ask them to protect them from themselves. HELLO??? Who signed the waivers and applications? The Board President, State Superintendent, and the Governor. The best way to protect this data is to unwind it.
Resolution 2:

This one contains the usual nonsense about how Common Core had significant public input, and how it was closely reviewed by members of the board before adoption. Both lies shown elsewhere so lets get right to the fun…

“…BE IT RESOLVED that the Utah State Board of Education calls upon  the Governor of the State of Utah and the members of the Utah Senate and the Utah House of Representatives 1) to support the goal of career and college ready outcomes for Utah students, 2) to resist the demands calling to “remove Utah from the common core” based on erroneous information, and 3) to collaborate with the State Board of Education in supporting teachers, parents and students during the transition to  these new Utah Core Standards.”

The board must be getting pretty desperate to pass such an action. It’s sort of like spitting into the wind though. Our momentum is just beginning to build. We passed 5,000 signatures last night! The more the public learns about Common Core, the less they like it. Yesterday on Twitter there was a national anti-Common Core rally. Here’s how the stats looked between #stopcommoncore and #supportthecore.

Back to the board’s desperation resolution…here’s a few comments.

Item 1) We all support having high schoolers prepared to do anything they want to when they graduate. That’s one of the major reasons we are against Common Core.

“I can tell you that my main objection to Core Standards, and the reason I didn’t sign off on them was that they did not match up to international expectations. They were at least 2 years behind the practices in the high achieving countries by 7th grade, and, as a number of people have observed, only require partial understanding of what would be the content of a normal, solid, course in Algebra I or Geometry. Moreover, they cover very little of the content of Algebra II, and none of any higher level course… They will not help our children match up to the students in the top foreign countries when it comes to being hired to top level jobs.” – Dr. James Milgram, Stanford, the only professional mathematician on the Common Core validation committee

“The standards which I have analyzed in detail many times over, do not signify readiness or authentic college level work, at best they point to readiness for a high school diploma.” – Dr. Sandra Stotsky, ELA validation committee member, former Asst. Superintendent of MA, helping MA design their top rated standards that put them on par with international high achievers

Item 2) We also fully support not removing Utah from Common Core based on erroneous information. All the reasons we state for exiting Common Core are factual, and therefore, should be highly considered by government officials. Initial ignorance on the part of state school board members was forgivable. They hadn’t done their homework and were overly trusting of USOE personnel who told them “we have to have this signed by Monday or we’ll lose funding.”  However, now that so much has been made public, their continued loyalty to this agenda brings their own honesty into question. In fact, their own defense of Common Core has become comical with Joel Coleman declaring on his blog that people against Common Core don’t care about standards in education, and Dixie Allen telling Uintah parents that Common Core isn’t costing the state anything. Like anyone but Common Core zombies would believe that nonsense. Desperate and pathetic.

Item 3) The state board wants all elected officials to fall in line and collaborate with them in transitioning teachers, parents, and students to a program designed from inception to standardize children so it’s easier to find the exact formula that makes for smart kids, behavioral test them, and store that data in the world’s most secure longitudinal database.  Oh wait, I guess “most secure” would be erroneous so don’t base your decision off those words.

If you want to solve this problem, demand that people who want to run for school board are allowed to. No secret handshakes in back rooms anymore that prevent the public from electing the best candidate who meets their desires for education. An elected body that basically has general control of half of Utah’s budget must also be looked at closely because the public will never whittle down 24 candidates to the best 2 to run against each other. As such, it is necessary that elections for such a major fiscally-responsible position be made partisan. There is no such thing as a non-partisan position or race. Look at what happened to Nicole-Toomey Davis when she ran against Kim Burningham for a state school board seat. These people are over a massive multi-billion-dollar budget which draws power and influence like nothing else. Candidates should declare a party affiliation they will run under and let locally elected delegates from their party ask the tough questions and then vote on the best candidate. The best candidates will then square off in a general election and the public will finally have their voice heard on the state school board (and the same should happen for district school board races as well).

If you agree, please contact your legislators today and ask them to give Utah partisan school board races so the public gets the best candidates and not the ones with the most power brokers backing them.

9 thoughts on “The Desperate Utah State School Board”