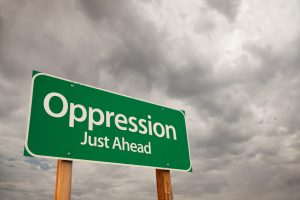 Deep within the halls of the company formerly known by the motto “Don’t Be Evil,” lurks evil. Google isn’t the only one of course. Massively huge companies setting political agendas and engaging in mass manipulation of the public is no surprise these days. You’ve got to protect *your type* of thinking after all. You don’t want someone sharing a viewpoint and convincing others it’s true if it contradicts your viewpoint and you have the power to deny that brush with truth…

Do you know what’s happening around you?

Prager U, that makes thoughtful 5-minute videos explaining different topics has had 30 of their harmless videos restricted on YouTube. Oh wait, they aren’t harmless. They espouse a conservative non-politically correct viewpoint and Google doesn’t want young people exposed to those dangerous ideas. They are now forced to sue Google owned YouTube. If you want to sign their petition or donate to their lawsuit, visit https://www.prageru.com/petitions/youtube-continues-restrict-many-prageru-videos-fight-back.

Twitter jumped into the fray this week as well in the latest undercover video by Project Veritas. They admit to Shadow Banning people where a person might have a ton of followers but those followers don’t get their tweets and they just think nobody is engaging with them.

Further proving their biased bona-fides, Twitter threatened to share Trump’s private messages, even deleted ones, with the FBI.

Try this one too: Google’s New ‘Fact-Checker’ Is Partisan Garbage

Surely this doesn’t extend to education though! That’s SOOOOoooo non-partisan that the mere idea of vetting by political parties is anathema to liberals. “Schools can’t be partisan” they cry. Wake up! They’re already as partisan as it gets and it’s destroying this country.

We already KNOW indoctrination is fully active in education. Partisan elections are to shine a light on candidates by close examination of a segment of society. No more hiding behind meaningless campaign slogans like “For the Children!” Duh! Who isn’t?

Project Veritas already showed that Pearson and other publishers were using the Common Core curriculum market they monopolize to try and change views about Christianity, the 2nd Amendment, and many other topics they have a strong bias against. Check it out here:

That’s printed curriculum that can be viewed by parents with a little effort. So what are parents to do about digital content they can’t easily see? It’s most certainly happening and even worse. With digital platforms, you can track behaviors and attitudes and manipulate the content directly serving up what a publisher deems important for that student to be exposed to. “Intelligent” systems aren’t quite what they’re cracked up to be, and the curriculum just keeps expanding. Planned Parenthood helped create the new Common Core sex ed curriculum. The Next Generation Science Standards will be full of bias and Utah was promised we’d never go down this road yet we are. You can’t stop a freight train, but you can bail out and get on another track.

Parents, it’s time to home school or engage in something you can trust to see the curriculum. If you’ve been nervous about it in the past, it’s far easier than you realize and there are tons of resources available to you online. Protect your child not just from political indoctrination, but give them the gift of freedom of time to learn things they have a real desire to learn. There are so many ways to educate and so many more schools popping up all over the place to support these ideas. One that is opening this fall in North Utah County is Alpine Valley Academy which is a self-directed learning school. These schools tend to create 14 times as many entrepreneurs as public schools (per graduate capita). Other options abound. Just look up home school groups and ask around. Some of the charter schools in your area might be doing really creative things for home schoolers such as Canyon Grove Distance Education or My Tech High.