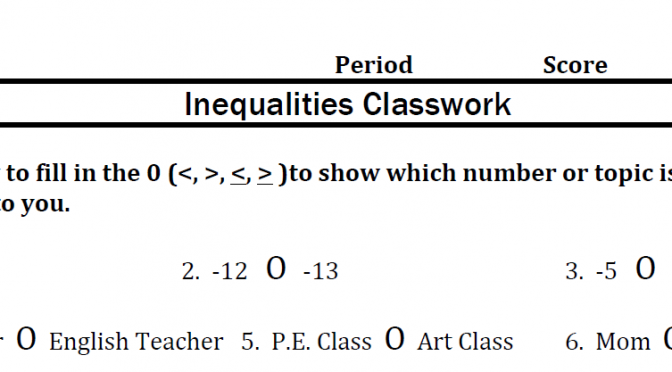 An alert parent in Alpine School District sent me this assignment for her junior high school child, obviously from the collection of “real-life problems” students should work on related to mathematical inequalities. I’m sure glad to see items 4-6 below are subjective because that’s what math is really all about. What do you feel good about? Then lets get children picking sides between their parents. What could possibly go wrong? Thank you Utah school board for adopting us into this nonsense! Time for a change of board members!