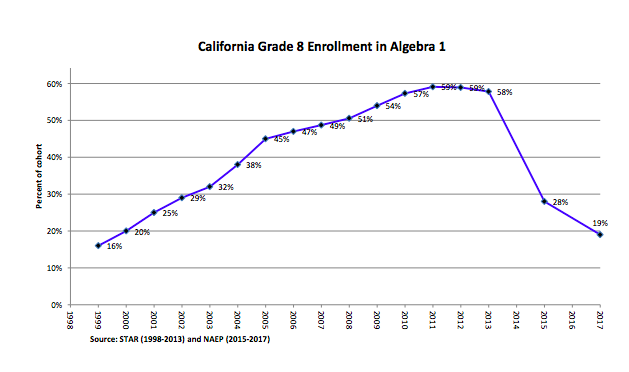 A few years ago, Rep. Dana Layton was running a bill on our behalf to remove Common Core from Utah. The day it was to be presented in committee, she let us know that there had been some changes to the bill. Instead of the bill removing Common Core, some members of the Utah State Office of Education (USOE) had convinced her to change the bill to a parent review committee over standards. An absolutely worthless bill that unfortunately passed.

I found myself appointed to the elementary math education committee and knew others appointed to the secondary math, science, art, and other committees. Unanimously, our experience was similar across all subjects. We weren’t there for our input.

For example, in my meeting, I took advantage of a moment when one USOE director left the room to pass out a 3-page summary I had prepared of California’s incredible success with it’s math standards and program which over the course of a decade had more than tripled the number of students taking algebra 1 by 8th grade. The really awesome thing about this, was minority groups had a 5-6x increase in proficiency, showing they were narrowing the achievement gap. I wanted to have a discussion about adopting CA’s Green Dot standards and replacing Common Core (since this was to be a “parent” review committee and not a USOE review committee).

During my brief run at trying to introduce this topic, this USOE member returned and immediately announced this was not why we had gathered and we were just going to review the K-6 Common Core standards to make tweaks to them such as determining if one standard belonged in a certain grade or a different one. Nothing major was to change or be discussed.

What this bill did was give the state office of education all the cover they desired for the changes (or non-changes) they wanted to make to the standards. Now they could implement Common Core standards in any subject and say, “the parent review committee passed off on it” (a good portion of the members of the committees were actually appointed by them and had worked with them for years).

Now on to California’s incredible success which I posted about in 2014 on this page:

As this graph shows, California was having massive success in getting more students prepared for algebra 1 by 8th grade. 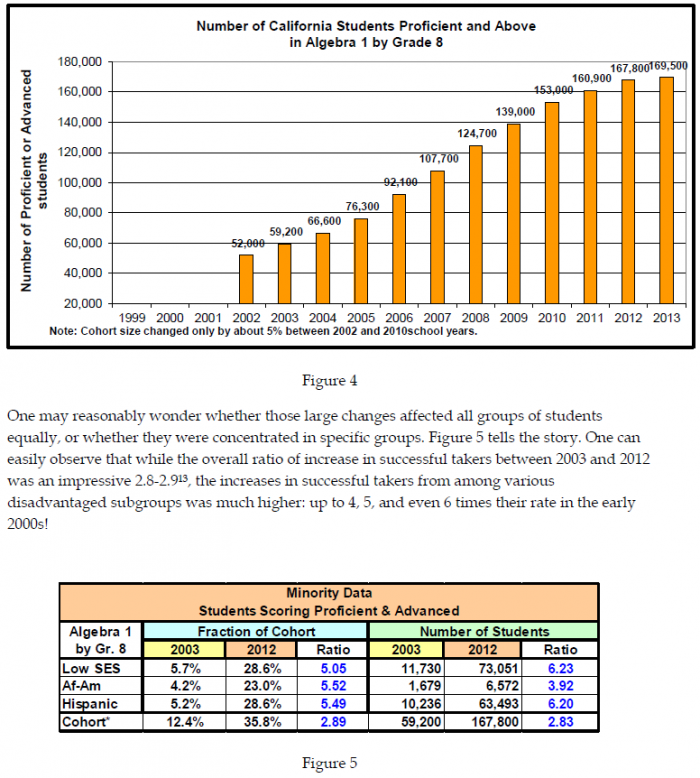 Now the Hoover Institute has published a research paper on what has happened in California since Common Core has taken over.

The article is here: 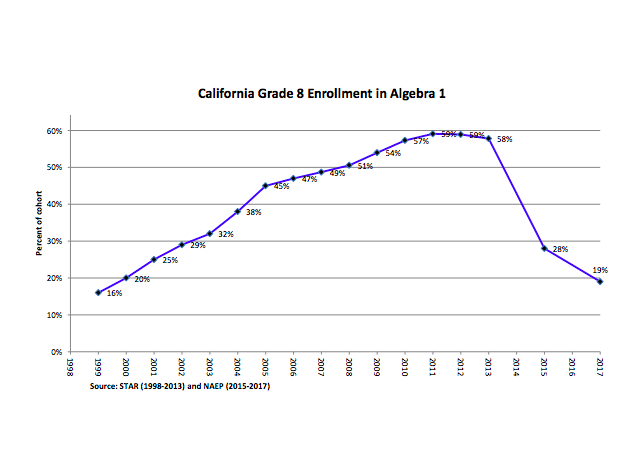 This incredible drop in students crossed all demographics. 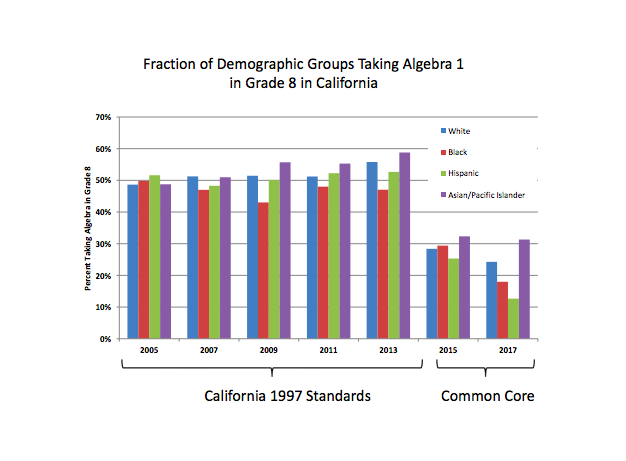 The effects damaged the amount of students taking AP calculus exams, hitting the Black community hardest when they were having the biggest increase in takers from the prior standards. 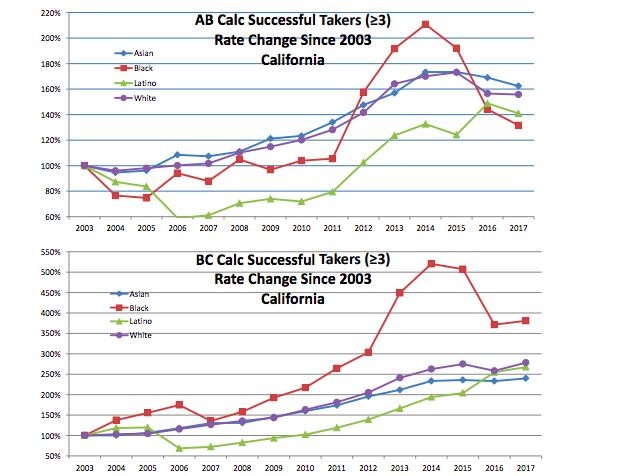 I don’t think this is the social justice outcome the creators of Common Core were hoping for.

This article by Dr. Sandra Stotsky, just published in the New Boston Post, further asks the question if Common Core is racist since Massachusetts also experienced a decline in achievement from it’s Black and Hispanic minority groups under Common Core. It is a second witness to the ill-effects of federal education programs and the consolidation of education into one-size-fits-all programs.

The best thing California and Massachusetts could do for their children is to scrap Common Core and return to the strong education standards they had prior to Bill Gates’ billion-dollar education experiment. Maybe a “class” action suit is in order for all those children whose hopes and dreams have been sent to detention…

What works? Local control and greater freedom for families to do what they know is best for their children. To state legislators and board members, PLEASE, STOP THE EXPERIMENTS!