I’m writing to you as a mother to ask you to put a stop to the use of Utah’s school systems as snooping agents on our children.

Corporate and federal partnerships and Utah state data systems and interstate partnerships now watch and track our children without anyone having asked for parental consent to do so.

Some Utah leaders are working hard to fortify privacy rights, I know. But many powerful organizations, departments and corporations are working hard to ignore, dismiss, or stop any efforts to defend student privacy– all with great intentions but absolutely without authority.

The result is a data collecting and sharing network that represents loss of parental authority and loss of individual privacy.

In recent years, Utah built and is now using a federally structured and paid-for ($9.6 M) State Longitudinal Database System (SLDS) from which no parent is permitted to opt their child out.

This lack of liberty should be a red flag.

But few Utahns know that their child is being tracked and very few know that they can’t opt out of that tracking.

Fewer still know that there’s a Utah Data Alliance (UDA) that links K-12 data, collected by schools, with higher ed., with the State workforce and other agencies.

Utah’s UDA has agreed to use the Postsecondary Electronic Standards Council (PESC) State Core Model –which means all of our data will be interoperable and sharable across state lines. The PESC’s State Core Model aligns different states’ SLDS data systems so that they all match.

I am not saying that Utah agencies are sharing private data yet; I am saying that there’s nothing strong preventing them from doing so and that school systems are moving in the direction of more and more data commonality and disaggregation of student data. (see point 4 at that link.)

Countless entities have lined up with a “Data Quality Campaign” to make sure all their data points and technologies match, so that student information can be pooled.

Federal FERPA laws, previously protective of student data, have now been grossly loosened, and federal agencies including the NCES and the Department of Education, as well as White House events such as “Datapalooza” and White House Chiefs such as Joanne Weiss, are encouraging us to pool data, while (weakly) noting that student privacy is, of course, important. Yet proper protections are missing.

The Department of Education does a two-faced dance, asking for “robust data” and altering FERPA on the one hand, and insisting that they don’t even collect student data when speaking to the press. The U.S. Department of Education’s intentions are, however, revealed in the student-level data-sharing mandate in its cooperative testing agreements and in the contrast between what Secretary Arne Duncan says and does.

The PESC model was developed by the unelected, private trade group, CCSSO, as part of the Common Education Data Standards (CEDS) funded by the Gates Foundation. (CCSSO is the same private group that developed and copyrighted Common Core standards). The PESC Model, in its own definition, “includes early childhood, elementary and secondary, post-secondary, and workforce elements, known as “P20,” and establishes comparability between sectors and between states.”

PESC states that it “will do for State Longitudinal Data Systems what the Common Core is doing for Curriculum Frameworks and the two assessment consortia. The core purpose of an SLDS is to fulfill federal reporting…”

I find this alarming. You might find it hard to believe that Utah is lined up with it.

So here is the evidence:

The agreement is stated on page 4 of section 1 (page 20 on the PDF) of Utah’s 2009 ARRA Data Grant: “The UDA will adhere to standards such as the School Interoperability Framework (SIF), the Postsecondary Electronic Standards Council (PESC) and other XML schemas.”

The State Core Model is a common technical reference model for states implementing state longitudinal data systems (SLDS). It was developed by CCSSO as part of the Common Education Data Standards (CEDS) adoption work with funding from the Gates Foundation…The State Core Model will do for State Longitudinal Data Systems what the Common Core is doing for Curriculum Frameworks and the two assessment consortia. The core purpose of an SLDS is to fulfill federal reporting (EDEN/EDFacts)…
The Model [can replace] 625 distinct Federal reporting types with record-level data collections.

The State Core Model consists of three principle artifacts… All three artifacts can be downloaded and used without charge or attribution from [the EIMAC group site].”

But, but– (we say) –Aren’t we protected by GEPA law and by the Constitution from any sort of “accountability” to federal agencies in educational matters or privacy matters including “unreasonable searches”?

Not if our legislators don’t defend these rights.

According to the PESC document, on page 5, we are drowning in “federal accountability”. There are at least 625 federal reports mentioned at PESC. A few include: http://www.pesc.org/library/docs/Common%20Data%20Standards/State%20Core%20Model%2011-17.pdf

To clarify: the document that signed us up for PESC is the Utah application for the ARRA grant for a SLDS database. (This document resulted in Utah receiving $9.6 million from the federal government, none of which was used for actual education, but only to build the student database (SLDS).)

That SLDS grant application talks about authorizing de-identification of data for research and it says that individuals will be authorized to access personal student information in the various Utah agencies that belong to UDA.

Who are these individuals? How many of them are there? Why does the UDA trust them with information that parents weren’t even told was being gathered on our children?

NON-COGNITIVE AND PSYCHOLOGICAL DATA, TOO.

Starting at page 87, we read how non-cognitive behaviors that have nothing to do with academics, will be collected and studied by school systems.

These include “social comfort and integration, academic conscientiousness, resiliency, etc.” to be evaluated through the psychometric census known as the “Student Strengths Inventory. (SSI)”

The SSI inventory –your child’s psychological information– will be integrated into the system (SLDS) and there are plans to do this for earlier grades, but for now it’s for 11th and 12th graders. Demographic information is captured while administering the test and SSI data will be given to whomever it is assumed needs to see it. (This is not a parental decision but a state decision.)

The SLDS grant also promises to integrate our psychological data into the SLDS (that database which the feds paid for/pushed on us.)

“Utah’s Comprehensive Counseling and Guidance programs have substantial Student Education Occupation Plan, (SEOP) data, but they are not well integrated with other student data. With the introduction of UtahFutures and the Student Strengths Inventory (SSI) and its focus on noncognitive data, combining such data with other longitudinal student level data to the USOE Data
Warehouse the UDA. Both the USOE (K-12) and the Postsecondary Outcomes and Data Needs
sub-sections will address these needs.”

(My, what big data collection teeth you have, Grandmother! –The better to integrate you with, my dear.)

Next, on page 87 of the same grant, Utah’s application for the ARRA money, it says:

“… psychosocial or noncognitive factors… include, but are not limited to educational commitment, academic engagement and conscientiousness, social comfort and social integration, academic self-efficacy, resiliency… Until recently, institutions had to rely on standardized cognitive measures to identify student needs.
… We propose to census test all current student in grades 11 and 12 and then test students in grade 11 in subsequent years using the Student Strengths Inventory (SSI) – a measure of noncognitive attitudes and behaviors.”

So the Student Strengths Inventory (SSI) is a “psychometric census” to be taken by every 11th and 12th grade student in Utah. That’s how they’re gathering the psychological data.

But that’s not the only way psychological data is being taken in Utah schools. “Behavioral indicators” are also required to be collected by the Common Core tests, those math and English A.I.R. or SAGE tests, as Utah House Bill 15, aka the Common Core Computer Adaptive Testing Bill, demands.

What can we do? 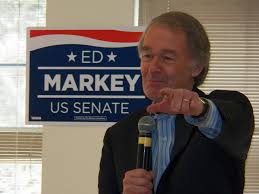 Massachusetts Democratic Senator Edward Markey has taken action. He articulated his concerns on this subject in a letter to Secretary Arne Duncan. Other legislators around the nation are writing bills to take protective action for student privacy.

I hope all Utah legislators read Senator Markey’s letter, peruse the PESC and ARRA (SLDS) grant documents, look into the SSI surveys, study the machinations of Secretary Arne Duncan,and then take action to put an end to the unreined and ever-growing network of entities which collude for profit and for other, various control-related reasons, to dismiss the vital right of student privacy.

This would mean ending the “partnerships” by Utah with: the CCSSO, the Data Quality Campaign, the PESC State Model, the SLDS interoperability framework, the National Data Collection Model, the CEDS program of EIMAC; it would mean creating proper protections inside the Utah Data Alliance, and most of all, it would mean establishing permission from parents prior to any student SLDS surveillance.

2 thoughts on “My, what big teeth you have, Grandmother – an open letter to Utah Legislators”