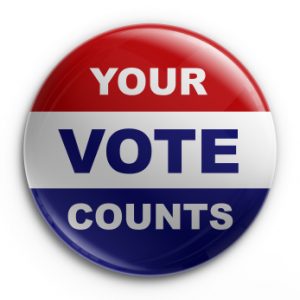 There are a number of very important races up for grabs in this primary. I would strongly urge you to vote for the following individuals who have committed to positions of parental rights, protecting the state from federal power, and shifting more control to local schools and districts over their education systems.

For other races I encourage you to examine our candidate survey here: http://bit.ly/1Ucajzh

To see state legislator rankings and how incumbents have voted in the past, please click here: http://bit.ly/21AHQBR

For Alpine School District where I live, I would encourage votes for the following people:

If you live in other districts and know who the anti-Common Core, pro-local control candidates are, post them in the comments below.

I would also strongly urge that you not vote for any candidate that accepted money for their campaign from the Count My Vote PAC, or Education First.

I completely agree with this statement by Rep. Brian Greene.

“CMV continues to throw around the term “Party Insiders” without ever identifying a single such person. The fact is there are no party insiders. The entire ranks of the party structure is turned over every two years. The sad truth is that the only “insiders” involved in this process are those trying to pin that label on others. Mike Leavitt/ LaVar Webb, and that sort, sit in their ivory towers like “union bosses” under the illusion that their status and wealth entitle them to control elections and policy. They had no problem with the party’s caucus/convention process when they controlled it, but with the rise of the grass-roots conservative movement since 2008, their influence has been minimized and their instinctive response has been to change the law to regain the advantage that they believe their status and wealth entitles them to. If the CMV model is successful, Utah policy and government will be changed forever.”

If you want the money out of politics, the caucus/convention system is the very best system. If you eliminate it and go with Count My Vote, you get big donors paying for signatures and candidates running very broad public campaigns instead of focusing on a group of people that WE elect locally to go spend hours vetting the candidates. What percentage of voters who sit at home do hours of research on candidates? An extraordinarily small number.

One thought on “2016 Candidates for Election”